After an 18 month-long stoush with a group of business owners over plans to shut the entrance to a busy car park in South Auckland, Auckland Transport (AT) has now agreed to a compromise. 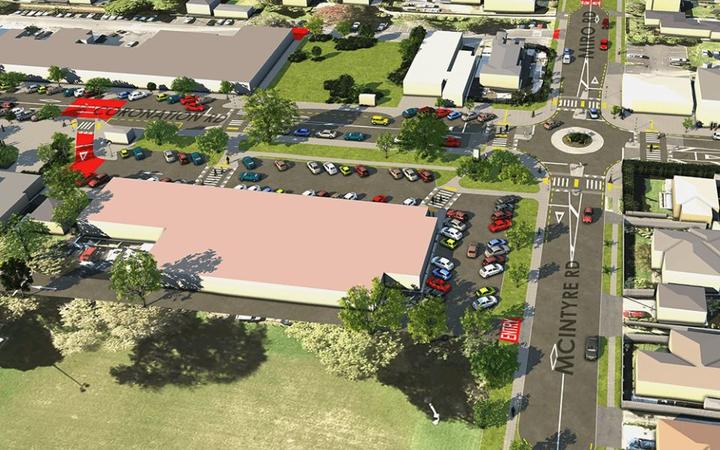 Māngere Bridge is undergoing roadworks as part of AT's Safer Communities programme, which is designed to improve road safety. As part of the works it wants to install a pedestrian crossing on McIntyre Road.

The issue was complicated by the fact the zebra crossing would be directly adjacent to one of the entrances to a free council-owned car park at the shops along Coronation Road and, as a result, AT wanted to close it. But the Māngere Bridge Business Association was opposed to AT's plans, claiming it would increase congestion.

Despite the opposition, AT released a statement on Thursday claiming that it would not back down and instead proceed with its original plans.

After reconsidering its options it agreed to meet with some of the business owners on Friday morning and announced it was willing to change its plans.

In a statement a spokesperson for AT confirmed the back down.

"We have had further discussions this morning with the business community and have come to a compromise that will enable AT to keep to its safety objectives, while keeping both entrances of the AT-managed car park open.

"The main entrance will now be left hand-turn only, coming towards the roundabout, otherwise people can use the far entrance by Swanson Rd. Swanson Lane (the service lane) will now be one-way to the library and two ways after that."

They said the decision was based on what was the best and safest option for the Māngere Bridge town centre.

"At the heart of it all, Auckland Transport (AT) wants to make our communities safer.

"This area has lots of children walking to and from nearby schools and also elderly wanting to go down to the village to shop, or for exercise. Our decision process had to make sure that we were always keeping our most vulnerable pedestrians at the heart of it." 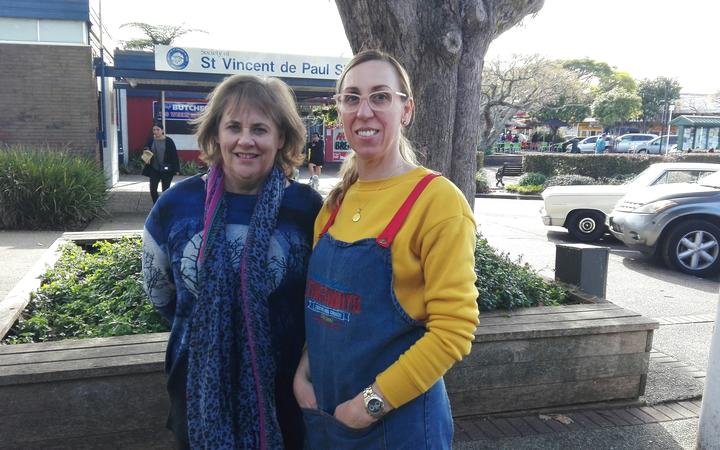 "We're delighted. From our perspective we tried to work with AT for 18 months and had been pushing back on this issue. But they hadn't been taking on board what we we're saying," she said.

"We were delighted when we sat down with them on Friday and we got everything we wanted and more. We got an incredible response from the local community and I think that really made the difference."

A local businessman who did not want to be named was equally elated.

"I'm rapt that they listened. That's all we wanted," he said. "That's why we were angry because we felt like we weren't being listened to. I think AT realised it had to do something."

He said the outcome required compromise and he thanked AT for agreeing to the changes.

"There was a bit of give and take on both sides."

"It was a complete turnaround and that's the result we wanted. So it's positive and it will help our business."