Neighbours of a controversial barn in Ōpōtiki are disputing claims of constant hammering and unsanitary conditions. 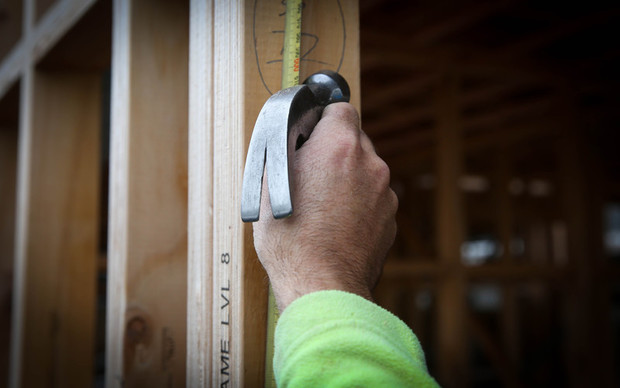 Two weeks ago, a neighbour of the Wellington St property claimed five people were living in the barn and using a makeshift long-drop or a chemical toilet in a caravan parked on-site.

The complainant, who did not want to be named, said there was constant building work happening on the site and, after several calls to the council, nothing had changed.

He questioned why the barn was able to be constructed as the Ōpōtiki District Plan stated no structures were allowed in the area due to flood risk.

However, other neighbours and the owner have since come forward disputing the allegations.

The owner, who asked not to be named, explained the barn had existing use rights on the flood plain as it was built about 50 years ago by a "respected councillor".

He said he used the site as a holiday spot, visiting occasionally in his caravan.

"I love Ōpōtiki, it is an undiscovered paradise, well worth the five-hour trip for a holiday," he said.

"I took over maintenance of the property three years ago and, with the help of my neighbours, turned the dilapidated eyesore on an overgrown section into a tidy shed, improving adjoining neighbours' property values."

The owner said Ōpōtiki District Council had been "firm but fair" and he had complied with its instructions.

Other than this person, he said his neighbours had been wonderful and welcoming.

Direct neighbour Harry Stokes said he did not know where the claims about the barn had come from and confirmed the owner only visited for a few days at a time in his camper van.

Stokes said there was building work going on at a nearby property and the complainant could have confused this with the barn.

Council planning and regulatory group manager Gerard McCormack said the barn had been in place for many years but alterations such as bathroom and sink facilities breached the Building Act and made it a standalone property.

Council staff visited the site shortly before lockdown and identified unconsented works and several breaches of the act.

The owner was served with a "notice to fix" which meant the alterations either had to be removed or significant changes made so they could get consent.

"The owner elected to remove the structures and an initial inspection indicated that they had been removed but we were unable to carry out a follow-up inspection during lockdown," McCormack said.

A site visit is booked for this week to confirm the fittings have not been reinstalled.

He said the council had received several calls from concerned neighbours and had given them an outline of the council's next steps.

"Our priority is to work with the landowner to ensure that any buildings are safe and legal," he said.

"Our preference is to work in co-operation with landowners in the first instance to achieve that outcome and reserve enforcement powers as a last resort."

McCormack said the man's caravan was not an issue; only a standalone building with water and wastewater would be.

The original complainant could not be reached for comment on Wednesday.