Some Ōpōtiki women are worried they will be left waiting in a dark carpark to be let into the birthing unit, as it reopens with limitations. 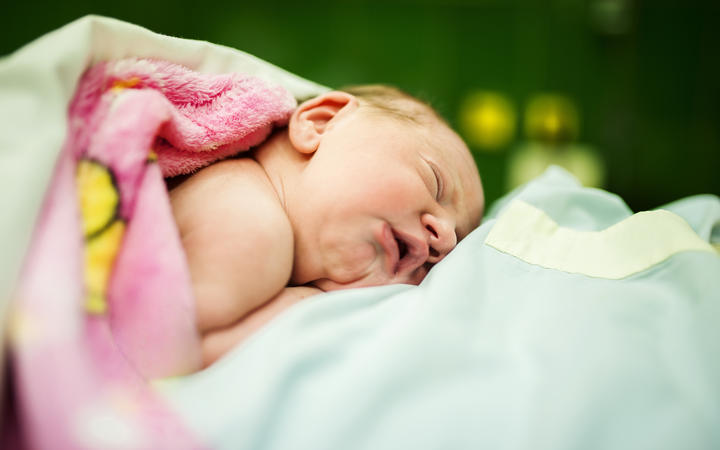 People marched in protest last year after the DHB announced it was closing the unit until March because it could not be adequately staffed.

It was instead able to reopen with an interim solution last month, with midwives going on a 24-hour roster and the DHB training nurses and ambulance workers to act as support staff - but it will not be staffed overnight.

Women in labour can still give birth at night because midwives can let themselves into the unit, but they cannot stay overnight.

Midwives spoken to by RNZ - like Lisa Kelly - were relieved but said the situation was not ideal for women.

"They are worried that they may turn up here in the middle of the night to meet their midwife and arrive before the midwife and there's no one here to let them into the building. They have to wait in the carpark until the midwife gets there," Kelly said.

Once women had taken some time to recover from their birth, they had to choose whether to go home with their new babies, or travel about 45 minutes to Whakatāne Hospital.

Another midwife, Conny Mikosch, said many were happy to go home with their babies, while some chose to give birth at Whakatāne to avoid the move.

That was a two-hour drive from some communities, she said.

"People are deprived in this area. Often it's a matter of how they are getting back home [from Whakatāne]. Is there petrol in the car? And their partners can't stay at Whakatāne Hospital," she said.

Last week the midwives met with the Ministry of Health and DHB to look at a long-term solution.

The midwives ideally want a purpose-built facility with double beds for partners to stay, a whānau room and kitchenette.

Mikosch said women who needed support after their birth should be able to stay in a calm and low-stress environment.

It was about respecting the baby, the family, and the once-in-a-lifetime early bonding moments, she said.

"This is the base of becoming a family. And if parents are able to be there without stress and trauma they are able to become better parents to this child," she said.

College of Midwives midwifery advisor Claire MacDonald, who was at last week's meeting, said the unit was also important during pregnancy.

Women who went there for their check-ups tended to become linked in to all the medical care and services available to help them after their baby came, she said.

The DHB said all parties would work together over the coming weeks to consider all the options that could work, and would update the community after that.