Fridges, televisions, tyres and nappies - some decades old - are among the rubbish collected by proud Kawerau residents over the lockdown period. 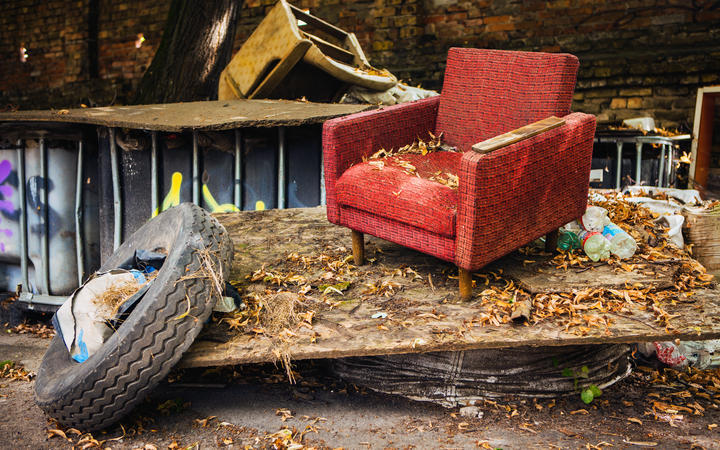 Pam and Dennis Jackson used the lockdown to pick up rubbish from along the town's roads and highways, usually working for an hour each day.

Together the pair collected 1280 kilograms of waste, including 180kg collected in a single day.

Dennis said it was unbelievable what was lying alongside the roadways and he believed a lot of it could have been there for several decades.

"It was absolutely disgusting," he said.

"We picked up tyres, stoves, fridges, nappies, takeaways, you name it and it was there. It looked like a dump."

Pam said the two were motivated by pride in their town and the desire to keep it beautiful.

"It was filthy and dirty, but when you see the difference you make, it motivates you to keep going."

The two waited until alert level 2 to start their work and said the lack of cars on the road during lockdown made it easier.

Concerns about their safety were raised at a recent Kawerau District Council meeting, and the Jacksons said they would not continue picking up rubbish with traffic levels now back to normal.

During level 2, the couple noticed more and more takeaways rubbish from places such as McDonalds, Burger King and KFC, indicating Kawerau residents were driving to Whakatāne for food and then throwing their rubbish out their car windows on the way home.

"Their mowing contractor simply drives over the rubbish, which cuts it up into tiny pieces and makes it harder for us to pick up."

The land surrounding Kawerau belongs to the Whakatāne District Council.

This point was reiterated by Kawerau mayor Malcolm Campbell at the recent council meeting.

He said although the roadside in question was in the Whakatāne district, he would challenge anybody to say it was not Kawerau's rubbish.