Air pollution in Blenheim has improved during the coronavirus lockdown, but things could have played out differently had alert level 4 been declared over winter, an air scientist says. 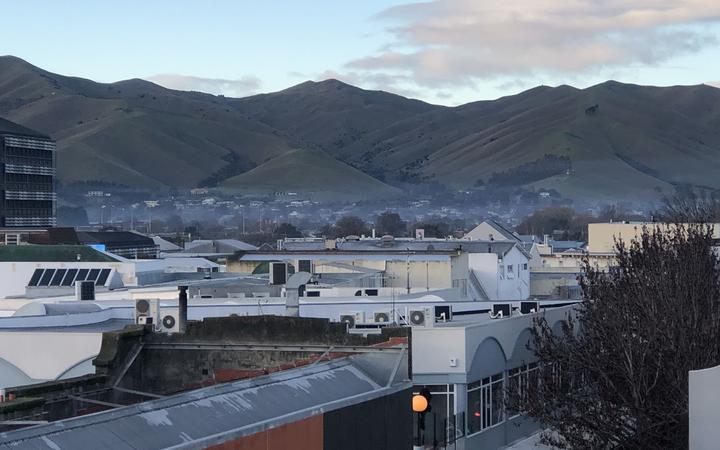 Data from Blenheim's airshed shows the amount of big air pollution particles fell 21 percent over the first four weeks of lockdown, coming in below the pollution levels recorded at the same time last year.

Under the Ministry for the Environment's air quality regulations, councils have to worry about particulate matter smaller than 10 micrometres, but the Marlborough District Council also tracked particles under 2.5 micrometres, which went deeper into the lungs.

Air pollutants could come from human activities, like heating or running vehicles, or from natural sources, like dust, pollen and salt.

The airshed also recorded a slight increase in smaller particles (PM2.5) over the first four weeks of lockdown, from 5 micrograms per cubic metre of air to 7mcgs, but this was on a par with previous year's results, and was below World Health Organisation (WHO) guidelines.

Council environmental scientist Sarah Brand said calm weather during the lockdown had likely caused the drop in bigger particle pollution, as less dust was picked up from human activities - which dropped due to the lockdown - and natural resources, like exposed river beds.

Warm temperatures also meant residents did not have to light a fire often or for long periods, despite being confined to their homes.

"Unlike larger cities, Blenheim's air quality is not dominated by traffic or large-scale industrial emissions, so reduced activity due to [Covid-19] was unlikely to show large effects on air quality," she said.

But Brand said she would have expected a greater effect on air pollution if lockdown had occurred in winter, compared to other years.

Residents would likely light their fires during the day more than normal and leave them burning longer, and smoke was more likely to be trapped by weather inversions, which occur more often in winter.

"The weather and our perception [of] that weather has a huge influence on our behaviour. Also, how much we are able to move, sitting still for long periods you feel colder, but moving more warms you up. The building structure and its materials that you live in will affect how it performs during the day as to how warm or cold it is." 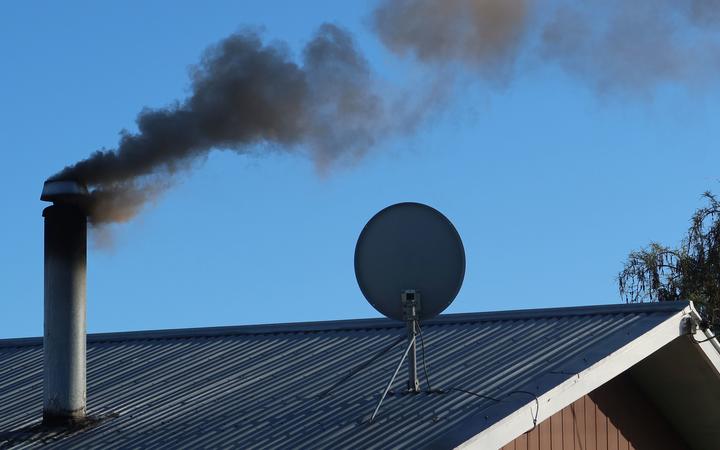 People light their fires more in winter and smoke is more likely to be trapped by weather inversions. Photo: LDR / Chloe Ranford

Earlier this year, Brand presented a report to the council which said Blenheim had kept to the lawful standard of one air quality breach last year, improving upon 2018, when seven breaches were recorded.

The limit was more than 50mcgs of bigger air pollutants (PM10) in a cubic metre of air and going over it exceeded safe breathing levels.

"Historically, we haven't been compliant ... We tend to go up and down," she said at the environment committee meeting in April. 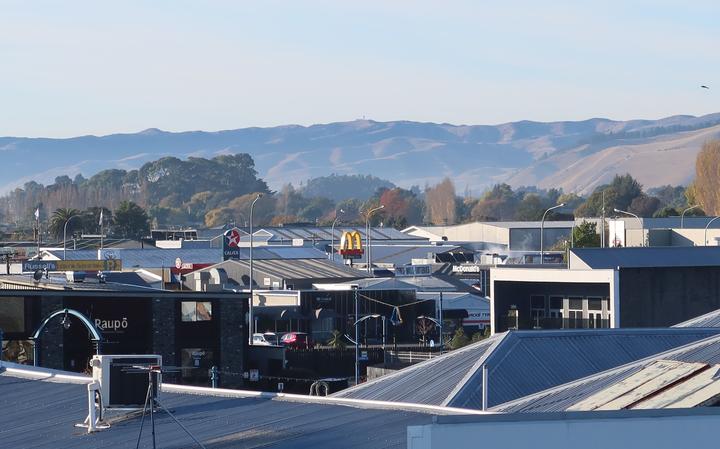 A view over Blenheim on 1 August, 2019, which was the only day to breach air quality standards last year. Photo: Supplied / Marlborough District Council

Under WHO guidelines relating to PM2.5, which recommended councils hit below 25 micrograms of pollutants per cubic metre of air, Blenheim breached the standards 33 times last year, Brand said.

The Ministry for the Environment is reviewing its National Environmental Standard (NES) for air quality, and looking at shifting its regulation focus from big particles (PM10) to small (PM2.5).

Consultation on the review closes on 31 July.