Land beneath a library and art gallery project in Blenheim has been identified as a "potential risk to human health". 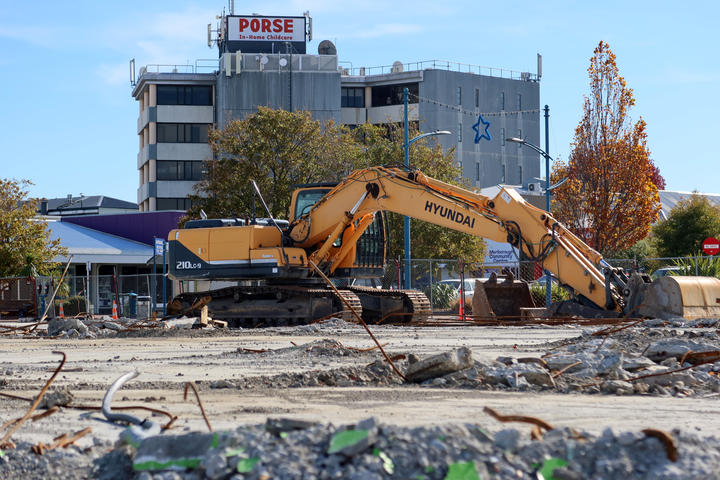 Fuel oil and lead has been found in soil beneath the old Liquorland store, set to be part of Blenheim's new library and art gallery. Photo: Chloe Ranford/LDR

About a swimming pool's worth of soil needs to be dumped at landfill after fuel oils and lead were found at unsafe levels during an investigation into soil beneath the old Liquorland store, demolished in March to make way for the $20 million build.

The site had an underground storage tank used to store "fuel, chemicals and liquid waste" during its days as a vehicle garage, when "hazardous substances" were likely spilt, the report said.

Marlborough District Council property and community facilities manager Jamie Lyall said the history of the site was well known, so the probability of finding soil contamination was always high.

The council had spent about $8000 on the site investigation report and budgeted another $10,000 for on-site monitoring once work to remove the contaminated soil began, he said.

Both costs had been included in development budgets.

During the $8000 investigation of the site, an environmental engineer took 18 soil samples from different depths at eight sites, including an area which was once a maintenance pit. 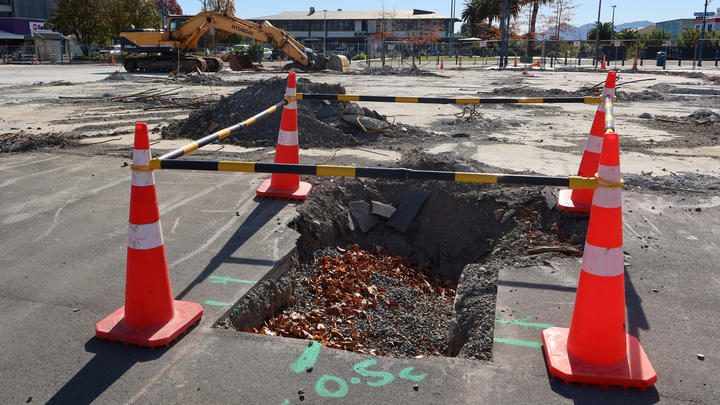 Soil samples were taken from eight spots at the site. Photo: Chloe Ranford/LDR

One sample came back at more than double the health guidelines for lead, at 7000 milligrams per kilogram of soil.

Seven samples returned with fuel oils above guidelines put down to protect groundwater, but below the Ministry for the Environment's national environment standards, despite some samples being "relatively high in carcinogenic contaminants".

Results showed 12 samples exceeded the Marlborough District Council's cleanfill guidelines for lead, plus five for arsenic. Cleanfill material could be buried with no adverse effects.

"It was determined that there could be a risk to human health in the case of any soil disturbance activities ..." the report said.

Before the new library foundations went down, Liquorland's old concrete floor needed to be removed and about 1680 cubic metres of soil - or enough to fill the main swimming pool at Stadium 2000 - needed to be dug up and disposed of, it said. 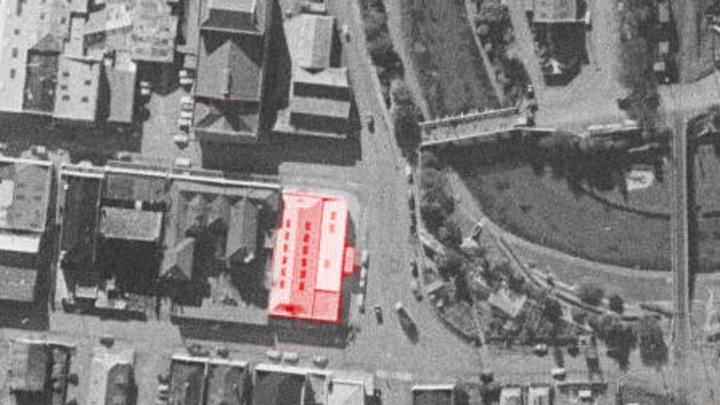 A bird's eye view over Blenheim from 1958 shows the site, in red, when it was a vehicle garage. Photo: Supplied

The soil was too contaminated to be used as cleanfill, and would be dumped at Bluegums Landfill, south of Blenheim.

"Contaminated material will be transported in covered trucks to avoid spreading contaminants outside the work area," the report said.

The area would be checked for heavy metal residuals after the material was removed, before new cleanfill was put down.

The site investigation report did not cover other areas of land due to be included as part of the new library and art gallery.

Asbestos was removed from the site last December. 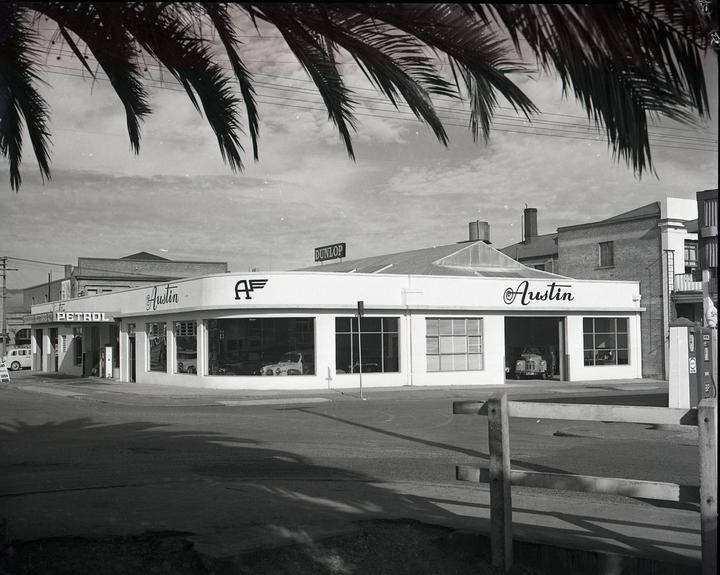 Seddon Motors Ltd established at the site in 1954, and was later sold and renamed River Park Motor Ltd in 1958. The site has since been a travel agency, a charity, and a health and wellness centre.

The council announced a tender requesting interest from companies wanting to construct the project last month.