Rubbish bins that never overflow will be scrapped from rural towns in Marlborough as the Covid-19 coronavirus triggers a nationwide drop in tourism. 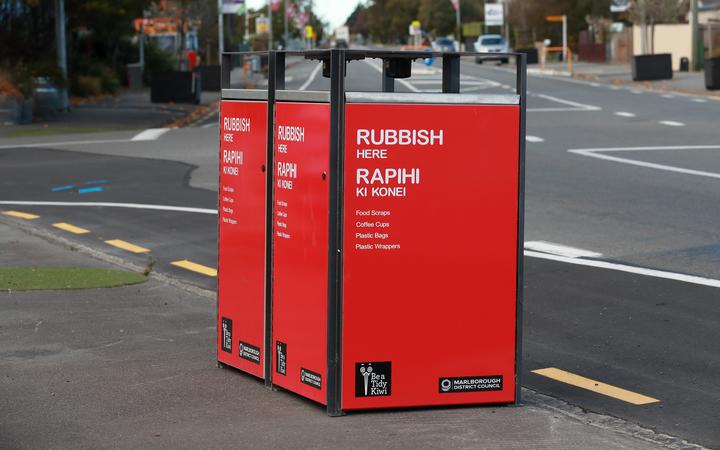 The Marlborough District Council agreed at a meeting last week there would not be enough tourists in coming months to warrant keeping on 13 "smart" bins once their two-year trial ended in June.

Council solid waste manager Alec McNeil said rubbish collection should mimic how busy the region was, and when visitor numbers fell due to coronavirus, so too should the number of litter bins.

The smart bins were fitted with sensors and sent a email to council staff when they needed to be emptied, reducing the number of unnecessary collection trips, but cost about $75,000 a year to keep.

While the bins were popular with communities, McNeil said their price tag outweighed their benefits, as they were "disproportionately expensive" when compared to other ways of collecting rubbish.

The bins had been tested in Blenheim and Picton, before being moved into the rural communities of Seddon, Renwick, Havelock, the Wairau Valley and the Rai Valley last April for the final leg of the trial.

"It's quite an expense to have these fancy rubbish bins to be emptied, and as long as we have a regular cycle of rubbish bins, then there won't be an impact on the community," Fitzpatrick said.

Councillor Cynthia Brooks said the smart bins were unlikely to be needed again in rural areas, such as her hometown of Renwick.

"There are effective rubbish bins in outlying areas anyway.

"This is one of those cost-saving measures we need to take."

Lil Broadhurst, who lived outside Seddon, said the bins were installed about a month before the lockdown started, which was not long enough for residents to have an informed opinion on their impact.

The council agreed to remove the bins before 30 June, but store them away for future use. Council staff would review use of public recycling bins during its latest waste management and minimisation plan update, which was currently out for public consultation.