Some of Rotorua's recycling will be dumped into the landfill for the duration of the Covid-19 lockdown. 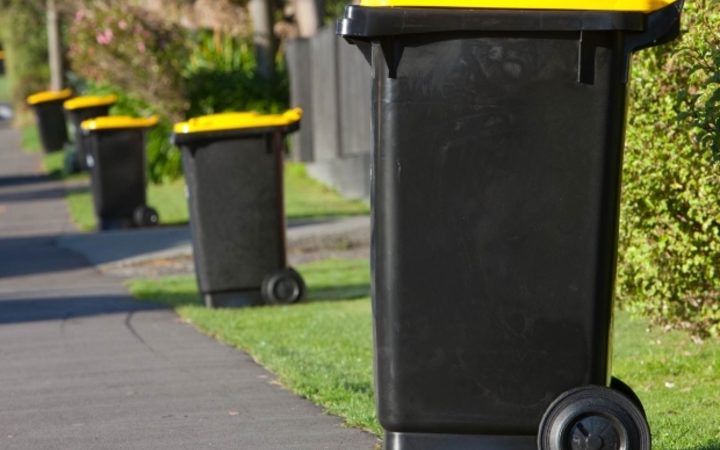 The Rotorua Lakes Council says it doesn't have the resources, or a suitable location, to stockpile recycling during the lockdown (file photo). Photo: Wellington City Council

On Monday the Rotorua Lakes Council confirmed recycling would continue to be collected through the rāhui - lockdown - but it would be deposited at the landfill.

Glass would still be recycled as usual, and the council was encouraging people to stockpile their own recycling during the lockdown if they preferred.

However, some residents, such as Harry Brasser, said the decision was "a bit disappointing".

"We do our best to recycle as much as we can. It's a bit of a slap in the face."

The Kawaha Point resident said the council should stockpile the recyclables in the meantime.

Council infrastructure manager Stavros Michael said the decision had come from a government directive on Tuesday last week to close all recycling facilities to stop the spread of Covid-19.

He understood other councils had taken similar measures, and there were a number of reasons for not forewarning Rotorua residents of the change.

"As well as the limited timeframe, it would not have been responsible to encourage people to rush out and dispose of all their recycling or gather supplies to stockpile, given the risk of the virus spreading in places where people congregate."

He said the council did not have the resources or a location where the recycling could be stockpiled.

People who did stockpile their own recycling must make sure it is washed and stored in a dry place, he said.

A council spokeswoman said glass recycling company O-I was authorised by the government to continue operations during the lockdown, enabling Smart Environmental to continue to supply glass to it for recycling.

Extinction Rebellion spokesman Simon Oosterman said some people would not be able to stockpile recycling, and he "would have thought the council had places" they could store the items.

"Just because we're in isolation in our bubble doesn't mean environmental concerns can be put aside. The planet isn't in isolation, we can still do damage to it."

He believed a more creative solution could be found to stockpile the waste, for example on farmland, where he suggested the council could pay for the use of the space.

"I don't see why there couldn't be an arrangement."

He said it was good the council had been proactively transparent about what was being done with the waste.

Associate Environment Minister Eugenie Sage said the "number one focus" at the moment was reminding New Zealanders to "be kind, stay home and save lives".

"Waste collection continues under the Level 4 alert, and recycling services where practical. It's most suitable for those ... with automated processes, as they reduce the amount of manual handling involved and require fewer workers to be out of their homes."

At this stage Auckland and Christchurch had their recycling facilities open and that accounted for around half of New Zealand's recycling, she said.

"Some materials recovery facilities are not open during the Level 4 alert period - where workers manually sort and reprocess waste or prepare it for shipping.

"This is why it's important for households to clean your recycling- someone else touches your slimy baked bean cans and stinky yoghurt pots."

Local Government NZ were not able to comment by deadline.