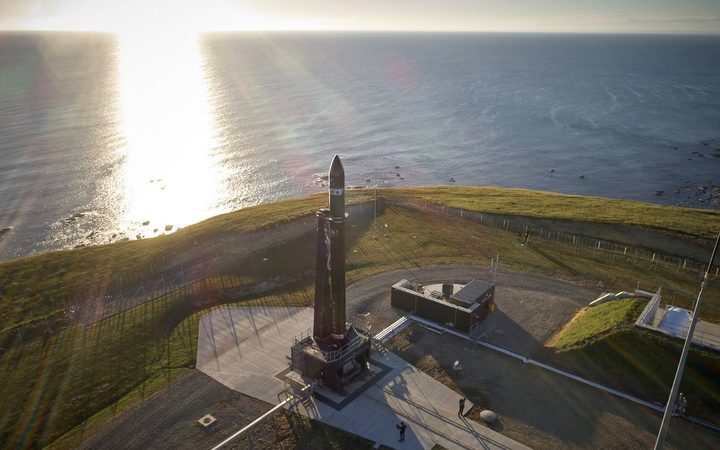 The Rocket Lab site at the tip of the Mahi peninsula. Photo: Supplied / Rocket Lab

The PGF announcement at Mahia's Tuahuru Marae yesterday included a $7m grant to seal a 12.5km section of Mahia East Coast Road, which leads to the space company's launch complex at the tip of the peninsula.

Launch complex manager Chuck Dowdell told those gathered at the marae that Rocket Lab was licensed to launch 120 times a year from Mahia Peninsula, and improving road access to the site would allow it to "realise that intent".

The company had injected more than $18m into the Hawke's Bay economy, mainly through employing locals - it has 27 Mahia-based staff - and contracting the services of local businesses, Dowdell said.

Better road access would lead to more jobs and more investment in local businesses, he said.

"I guarantee that this investment is going to the right place at the right time."

The $8.3m investment, announced by parliamentary under-secretary for regional economic development, Fletcher Tabuteau, includes a $1m grant to seal 4km of private road on Onenui Station, where Rocket Lab's launch complex is based.

A second launch pad at the complex is due to be built by the end of the year. 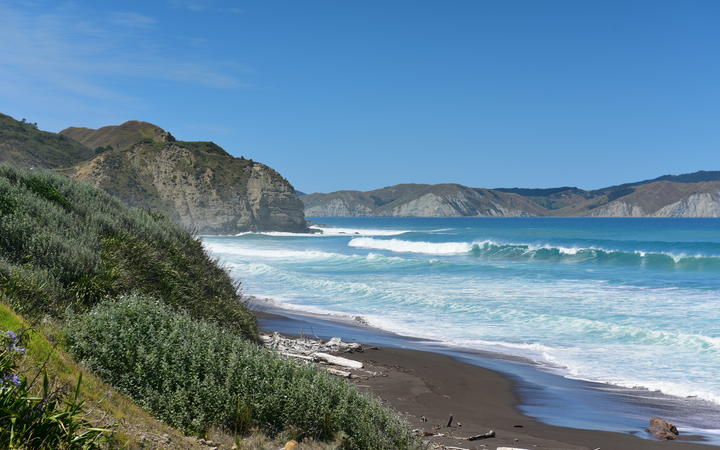 A view of part of the Mahia peninsula. Photo: 123RF

A local man at the marae questioned why works on the road were starting at the end of the peninsula, despite a couple of significant washouts on earlier sections of the route into Mahia.

In response, Tabuteau pointed to the $300,000 grant, also part of yesterday's announcement, to investigate the realignment of the peninsula's main access road from Nuhaka to Opoutama, which had been reduced to one lane for months after a washout at Black's Beach.

Wairoa Mayor Craig Little said the council needed to work out how the road should be fixed before forging ahead with remedial works.

He acknowledged the potential criticism of public funds being used to benefit a private business but said the funding application, which was made by Wairoa District Council, was "very much about the community" and prepared in conjunction with Rongomaiwahine Iwi Trust.

He also hinted that another PGF windfall for the district may be in the wings.

It follows January's announcement of $4.8m for the rejuvenation of Wairoa's main street, Marine Parade.

You could tell it was an election year yesterday, with Napier MP Stuart Nash and Ikaroa-Rawhiti MP Meka Whaitiri, both of the Labour Party, there in support of New Zealand First's Tabuteau, and both sides praising the coalition that allowed the PGF to get off the ground. 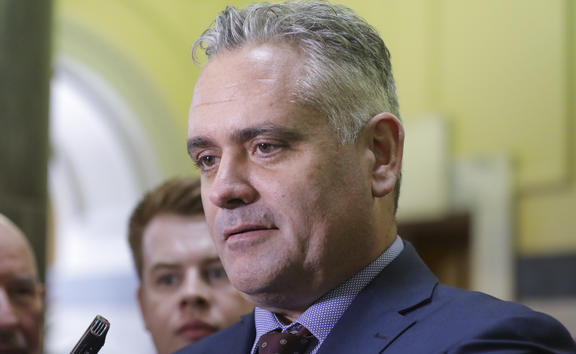 Tabuteau was confident the fund would exist after the election but said its current form was up for debate, including whether it should be solely for the provinces or providing funding for cities as well.

The "hideous" road was a safety hazard for locals, including children who needed to travel along it to school, Rongo said.

The trust's forestry block, due to mature this year, was accessed via the road, along with several farms.

Rongo did sound a warning over the peninsula's growth needing to be "co-ordinated and sustainable".

References to the boost in visitor numbers better road access would allow prompted murmurs of dissent from some members of the audience at Tuahuru Marae.