Rocket Lab has launched another rocket from the Mahia Peninsula - its 10th successful mission. 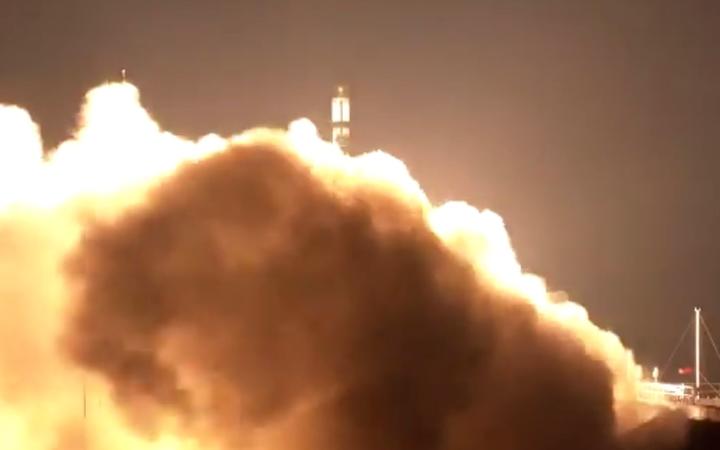 Rocket Lab is moving closer to its goal of fortnightly launches from its base on Mahia Peninsula. Photo: Supplied / RocketLab

What a way to close out another year of Electron launches. A perfect mission + successful guided re-entry of stage 1 as we work towards reusable rockets. Congrats to @SpaceflightInc, @ALE_StarAle & @AlbaOrbital - we hope your satellites are enjoying their new home on orbit. pic.twitter.com/bnjCXrQZlS

The rocket, which was carrying several commercial satellites on board, lifted off just after 9pm yesterday.

Rocket Lab chief executive Peter Beck said the launch is a milestone and brings the company closer to its search for a reusable rocket.

"With that tenth flight it puts us on the same path - we've launched the same number of rockets Europe did as an entire country and Electron is now the fourth most launched rocket in the world.

"So that was a huge milestone there."

One of the seven satellites launched last night is a Japanese satellite, designed to produce artificial meteor showers with coloured projectiles.

Mr Beck said the company is moving closer to its goal of rocket launches every two weeks.

Part of the rocket was parachuted back to Earth and disintegrated on impact as expected.

But he said soon they will be able to recover and reuse rocket parts, which will make more frequent launches possible.

He expects the next launch to take place in January.