Millions in financial aid to repair storm-damaged roads have helped keep Wairoa District Council from running at a loss. 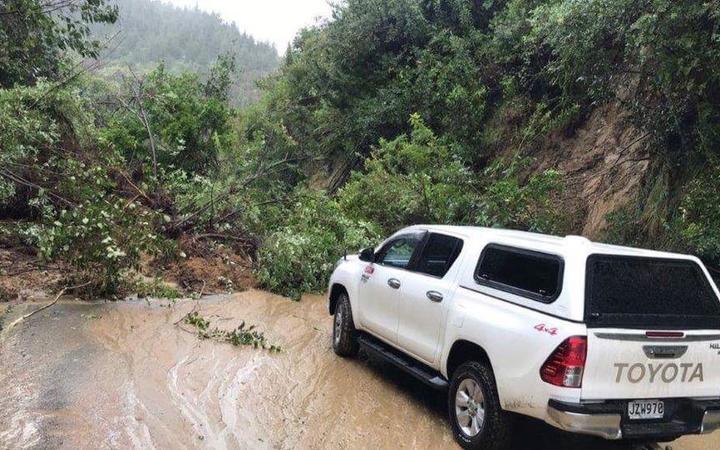 The council recorded a $1.85 million surplus for the year to 30 June, but it could have been a $1m deficit without subsidies from the New Zealand Transport Agency (NZTA), said the council's finance and corporate support group manager, Gary Borg.

In early September 2018, two months of rain fell in the district over a 72-hour period, wreaking havoc with infrastructure.

Many local roads were flooded or blocked by slips, as were State Highway 2 at Mohaka Viaduct south of Wairoa town and State Highway 38 to Lake Waikaremoana.

About 80 percent of the damage to infrastructure wrought by the wild weather has now been repaired, the council said.

The council had planned on receiving $9,566,000 in grants and subsidies.

NZTA subsidises work carried out by councils on local roads at various rates.

For Wairoa District Council, the agency reimburses 75 percent of the work's cost once it has been completed.

The agency has also approved a 95 percent subsidy for $10m of emergency roadworks in Wairoa to repair 2018 storm damage.

Councillor Jeremy Harker said NZTA funding was vital as the council could not predict and therefore budget for storm damage.

It could not afford to repair the damage without subsidies, Cr Harker said.

The annual report notes the district's roads are not covered by insurance, given the expectation government funding will be available to fix the roading network in the event of a major disaster.

Mayor Craig Little said lags between completing a job and being reimbursed by NZTA created a headache for budgeting.

He thought the government should look at streamlining the system so there was no delay.

Wairoa District Council collected $12.5 million in rates in the year to 30 June.

As of 30 June, there were 7203 properties in the district from which rates were drawn.

At the meeting on Tuesday, Cr Harker said Wairoa residents needed to recognise the constraints on the level of service the council could afford to deliver, given its limited rates revenue.

The annual report should have been adopted by 31 October, in accordance with the Local Government Act 2002, but it was not signed off by the council's auditor until 18 November.

The meeting agenda notes this was due to "extenuating circumstances".

Deputy mayor Hine Flood was "embarrassed" the council was late in adopting the plan.

"How do we manage a work plan so that we don't find ourselves here again?" she asked.

Chief executive Steven May said an independent review into why the report was not delivered on time would look at both technical and staffing issues.