Punakaiki locals who have campaigned for a community centre in their village say submissions from some who oppose the project are so offensive they are seeking legal advice. 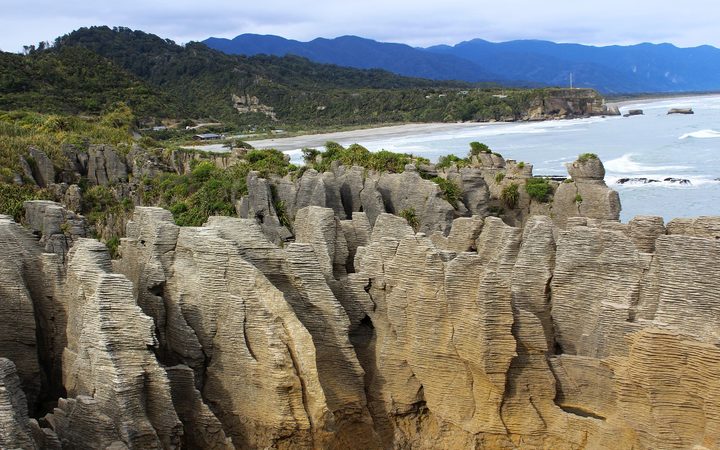 Members of the group, who have asked not to be named, have told the Greymouth Star they believed some of the more vitriolic comments about supporters of the project were defamatory and should not have been made public.

The submissions, published on the DOC website, are due to be aired at a public hearing in Westport next Tuesday.

The Greymouth Star understands DOC was asked to take down some of the saltier comments but has declined to do so.

The proposal was presented to the West Coast Conservation Board last November, nearly four years after the Buller District Council agreed Punakaiki needed a public meeting place and earmarked funds for it.

The council has applied to DOC to use stewardship land north of Dolomite Point - nearly opposite the Pancake Rocks - for a 100sqm building to be used for community gatherings, workshops, meetings and Civil Defence purposes.

Richard Arlidge, who was contracted by the council to help lead the community engagement process, said the great majority of people in Punakaiki supported the project.

He declined to comment on some of the more personal allegations by submitters opposed to it, but rejected claims by Punakaiki Tavern owner Ian Ryder and others that the group had worked in secret and that the community had not been consulted were rubbish.

In his submission to DOC, Ryder said businesses in Punakaiki were never consulted at any time.

"These seven people worked in secret for over a year and were instructed not to talk to anyone that they felt was against what they were planning to do ... I firmly believe there are people with hidden agendas that want a facility at the top of the hill ... so it can be used solely for commercial purposes," Ryder said.

However, Arlidge said the council had hired the building right next to Ryder's tavern for its information and feedback sessions, and they had been well attended.

"The community survey was sent out to everyone down to Canoe Creek," Arlidge said.

"This project has been featured in every annual plan the BDC has put out since then. It's been a very public process; anyone has been free to become involved and have a say on it and no one can credibly claim it was some sort of secret."

Arlidge said he had personally been paid about $4000 by the council as a contractor to publicise the project and help organise information and feedback, including a questionnaire which showed strong support for a non-commercial venue for the community.

Of the 86 submissions DOC received on the Punakaiki community centre application, 64 were in favour, 20 opposed, one was neutral and one was informal.

The West Coast Tai Poutini Conservation Board is opposed to the development.

It said it supported the community's desire for the centre, but the proposed site included advanced regenerating coastal lowland forest and was part of the wider karst landscape, a rare landform in New Zealand.

Under the Conservation Act, stewardship land must be managed so that its natural and historic resources are protected, the board said.

"The board believes that the proposed activity would be contrary to the purposes for which the land is held, and does not wish to set a precedent for development creep on to public conservation land."

There was a better location for a community centre within the Dolomite Point redevelopment plan - the project that approved for a $26 million grant from the provincial growth fund, the board said.

"One alternative not considered is the 5ha local purpose (public utility) reserve which adjoins the proposed site. Although this reserve is indicated to be part of the car parking extension of the [Dolomite Point] project, the concept drawing shows areas of remaining vegetation.

The board's letter also criticises the Buller District Council application to use the land.

"The application ... is misleading and potentially confusing with varying information on key points ... and any decision could be challenged legally due to these errors."

The errors could have been avoided had the council invited the conservation board to comment prior to public notification, it said.