The Paparoa Track on the West Coast has opened to the public on Sunday morning with hundreds expected across it during the day. 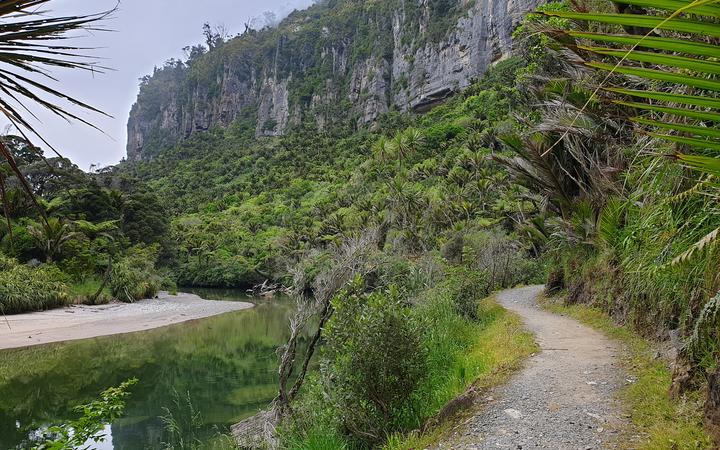 The country's newest Great Walk had been built at the request of the Pike River families as a tribute to the 29 men who died in the mine, and would eventually include a section to the mine's portal.

After Saturday's opening ceremony in Blackball, Sunday was the first chance for the public to experience the 55km-long track through a previously inaccessible part of Paparoa National Park.

Costing $12 million, it stretches between Blackball and Punakaiki and was the first designed for mountain bikers and walkers.

A slip near the middle section meant at this stage they would only be able to complete return trips from either end, while repairs were carried out.

It's anticipated to be fully open just before Christmas.

Those wanting to experience it will need to get in quick, however. bookings for the two new 20 bunk huts, between now and the end of April, were already close to 80 percent full.

The Punakaiki end of the Paparoa Track: