As councillors return to work, after their post-election hiatus, even the most climate conscious are likely to pick up the emergency declaration debate again sipping from plastic. 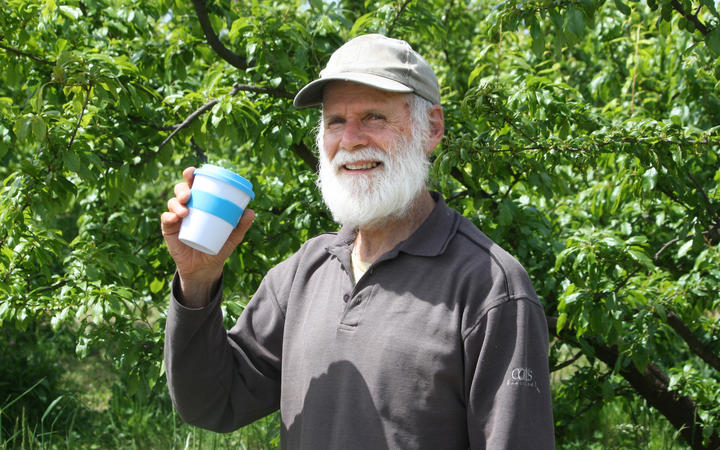 The irony was not lost on Marlborough councillor Michael Fitzpatrick back in July, who pointed out during a climate change discussion that plastic cups were still being used in the council's chambers.

Figures obtained under the Local Government Official Information and Meetings Act (LGOIMA) show Marlborough is far from alone, with about half of New Zealand's 78 councils also splashing out on single-use plastic cups.

Councils bought close to 120,000 plastic cups last financial year, and while some of those were 'recyclable' plastic, there was no guarantee as to where they ended up. But change could be on the way, with many councils already eyeing up eco-friendly alternatives.

Mr Fitzpatrick said the Marlborough District Council made the switch to biodegradable paper cups after the media got wind of their plastic purchases.

Last year, the council bought 3000 plastic recyclable cups for "customer use" at its Seymour St reception and Blenheim Library, and 4000 for "everywhere but reception and the library".

"You look at these things everyday, but don't realise what you're looking at sometimes," Mr Fitzpatrick said.

He said while environmental movements generally started "at the top", councils were just one part of the puzzle.

Climate campaigner Budyong Hill praised councils for scrapping plastic cups, but reminded councillors there was still work to be done.

"It's good to start with the small things, but there's no point patting ourselves on the back for getting rid of plastic cups, when there are far bigger things that we have to address and keep in mind," he said.

Ōpōtiki District Council chief executive Aileen Lawrie said the council would look at replacing its plastic cups, which were used as back-ups for meetings.

A South Waikato District Council spokeswoman said: "While this was not specifically on our radar to review, your question has prompted us to investigate suitable alternatives for our library users ..."

A Gore District Council spokeswoman, however, said the council had "no current plans" to stop chewing through about 6000 plastic cups each year.

Whangārei District Council did not state if it would stop using plastic cups, after buying 980 last year. It had also bought 2000 polylactide cups, which were both compostable and recyclable.

LGOIMA responses showed most councils that bought plastic cups last year were looking at alternatives or had already made the switch.

All staff at Waitaki District Council were given a reusable cup after the council noticed staffers were ploughing through a "significant number" of non-recyclable takeaway cups.

Six councils said they had bought plastic cups for events, including Timaru, which was not allowed glass cups at its 'community pool party'.

A South Waikato District Council spokesman said it bought the cups for its libraries, partly because it felt glass cups weren't safe for children.

Tairāwhiti Environment Centre manager Rena Kohere, who lived in Gisborne, which did not use plastic cups, said councils were community leaders with the power to create environmental change.

"In small towns like [Gisborne], if the council's moving away from single-use plastic, then it provides a sense of leadership for other employers in the region, who will then follow suit," Ms Kohere said.

"Often people are aware of the issues, but don't know how to implement change, unless someone is pushing those boundaries."

Ōtorohanga District Council executive assistant Day Dowd said even single-use paper cups were being weeded out. The council ordered two boxes of paper cups several years ago, and were "thrilled" to be down to the last 20 cups.

The council wanted staff and visitors to bring their own reusable water bottles, rather than relying on single-use cups.

It had even returned five old boxes, or 1000 plastic cups, to its supplier for credit to use on other office supplies.

Ms Hanson said in an article sent to Taupō's council staff ahead of Plastic Free July that coming up with alternatives to single-use plastics, like cups and takeaway containers, was easier than councils might think.

"Water coolers might be cool, but plastic cups aren't," said the article. "[The council] will soon be saying adios to those pesky stacks of plastic cups on our water coolers."

WasteMINZ chief executive Janine Brinsdon said she was glad to hear that about half of New Zealand councils had switched to eco-friendly alternatives.

"These small changes are symbolic but important. The world has finite resources and there are alternative packaging options available, such as reusables and other containments which [are] not single-use."

Hamilton City Council: Did not reply

Kawerau District Council: Did not reply

Waimakariri District Council: Did not reply

Wairoa District Council: Did not reply