Mounting concerns about plastic waste and our ability to recycle have led to calls for a different approach to the problem, and some are already tackling the problem head-on. 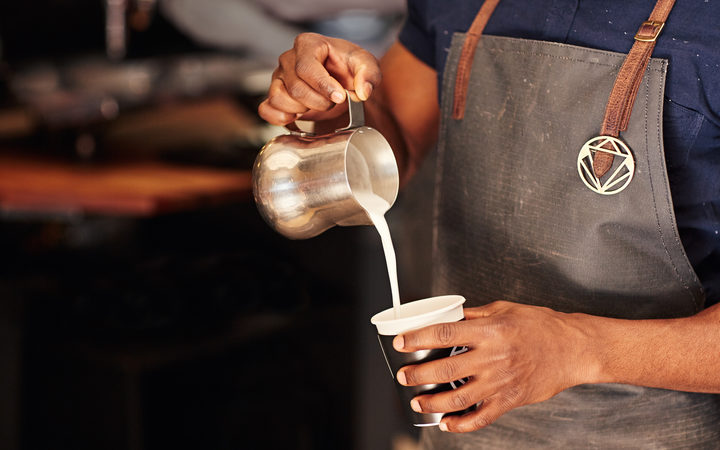 Plastic waste is a large issue for New Zealand and we're being urged to do something differently. One coffee roaster estimates his efforts have prevented up to 250,000 single-use coffee cups from being used. Photo: 123RF

Waste and resource recovery organisation WasteMINZ said the reduction in plastic recycling was a wake up call that we had to do something differently.

An example of a different approach is already in action in Dunedin, where a coffee roaster and cafe owner estimates his shift to reusable vessels has prevented about 250,000 single-use coffee cups from being used.

That figure might sound large, but the Packaging Forum estimates that nationwide, we use 295 million single-use cups a year.

Nick Scott, founder of Common Ground Coffee, said he had been tracking coffees sold through their sales system.

Coffees in reusable cups could be tracked by the discount offered when a customer brought in their own vessel to one of his three Dunedin outlets.

"We sell well in the hundreds of takeaway coffees a day… At the beginning, 8 percent of our takeaway cups were reusable. In the last 14 months, purely by staff engaging with our customer base, it has grown to the mid-60s, which is extraordinary.

"There was certainly enough people doing it that there was a tipping point when every third transaction was a reusable cup that it almost became, I think, that [other] customers became conscious that they weren't part of it.

"In any circumstance it's such a wonderful thing when you hit that tipping point, when what was niche becomes … almost the norm and everybody starts jumping on board accordingly."

"I look forward to the day - and I don't think it's too far away - I think in this case, in that university youth market, where I can say and still be commercial: 'That's it. No more [single-use] takeaway cups'.

"That'll be a wonderful day. Obviously, it's a business and I can't make that call too early … but we're well down the path to that and that's an end goal for me."

Mr Scott's reusable cup campaign was kicked into gear when he was visited by Laura Cope, who runs a website encouraging cafes to use reusable cups. 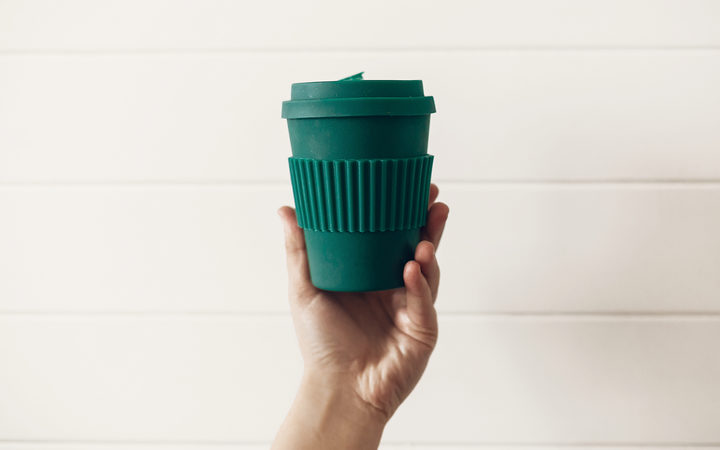 Laura Cope and Nick Scott are both big on getting people to get on board with reusable coffee cups. Photo: 123RF

Ms Cope runs a website called Use Your Own Cup (UYOC). It's an online guide for cafes that welcome customers with reusable cups and other sustainability initiatives.

"Laura came to see us essentially to encourage us to do more," Mr Scott said.

"She was encouraging us to give discounts to people who brought their own cups, which was something I was already doing and didn't notice a huge uptake. I was also selling keep cups in cafes at cost and they would come full of coffee ... to encourage people and there still wasn't a big uptake."

So Mr Scott and Ms Cope came up with a plan to get staff to engage with customers on the subject.

It was pretty simple - they talked to customers about the issue - and it worked.

Ms Cope is enthusiastic about sustainability.

She estimated that UYOC - her "little save the world hobby" now took up more than 75 percent of her waking life.

She started the initiative with a small target - even getting 10 or 20 cafes on board would have been a success.

If it "fizzled out" after that she'd still have done something good for the environment.

But UYOC, began in late 2017, has about 600 cafes in its directory and that number is constantly going up.

"It feels fantastic. We've had so many people take up the banner … it's indicative of change and it's a really good platform for people to feel like they are doing something."

Cafes and customers alike had enjoyed it and it gave them a point of engagement, she said.

"The biggest thing is probably the staff. A lot of our followers and supporters are baristas who are just over it. They're over handing out 400 or 500 single-use cups a day.

"The cups say they're compostable [but baristas] know the deal. They know that once the cups leave the building they're going to end up in the bin at somebody's office or down the street."

Baristas were often the ones championing reusable cups, she said.

UYOC can also tell you which cafes are pet friendly, where has a responsible food waste approach, where you can take old coffee grounds for your garden, where you can find a café with a mug library - and more.