Human remains belonging to pre-european Māori have been found by workers clearing up a slip caused by the Kaikōura earthquake. 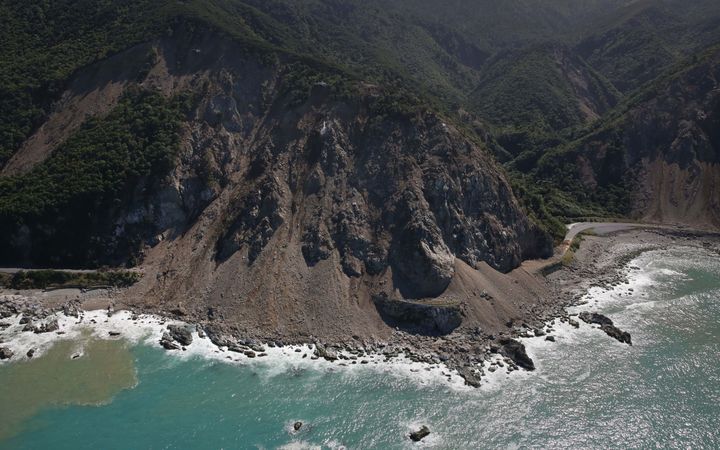 One of the major slips on SH1 north of Kaikōura. Photo: RNZ / Rebekah Parsons-King

The human remains, or koiwi tangata, were discovered by an abseiling team working with the Transport Authority just north of Kaikōura.

The bones were found under a rock that, because of its shape, the workers had coincidentally called Tombstone Rock.

The authority's earthquake recovery manager, Steve Mutton, said there was a process to follow after a discovery like this, which included consultation with Ngāi Tahu - the local iwi - and NZ Heritage. 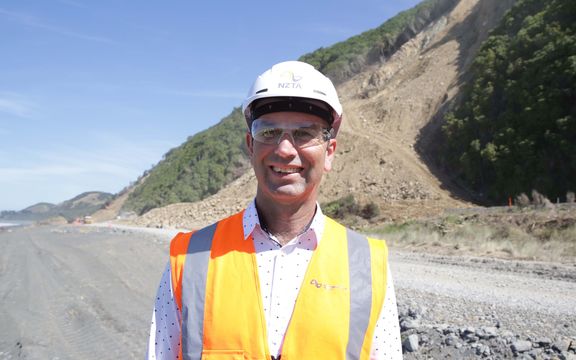 "We're very aware of the sensitivity from a cultural perspective," Mr Mutton said.

"It's a beautiful coastline - a lot of seafood there, a lot of berries and fruit in the valleys behind the hills so it was an ideal place for Māori to occupy," he said.

Ngāi Tahu said it was the first significant find in years.

Its director for earthquake response and recovery, Robyn Wallace, said there were cultural monitors at the sites and the iwi was working closely with the Transport Authority.

"For Ngāi Tahu ... and Te Rūnanga o Kaikōura as well ... we always anticipated there was a high probability of finding koiwi tangata, or human remains, given that this area saw one of the largest migrations of Ngāi Tahu south."

Any reburial ceremony would be decided by Te Rūnanga o Kaikōura - the iwi's tribal council for Kaikōura, Ms Wallace said.

The work crew would continue to clear eight of the other nice slips they have access to, while the area where the bones were found was examined.

The discovery would not affect the timeline for re-opening the roads and rail, Mr Mutton said.