Anyone who studied poetry - or got drunk with anyone who did - will have heard someone have a crack at reciting the repeating bird call from Denis Glover's iconic New Zealand poem The Magpies. 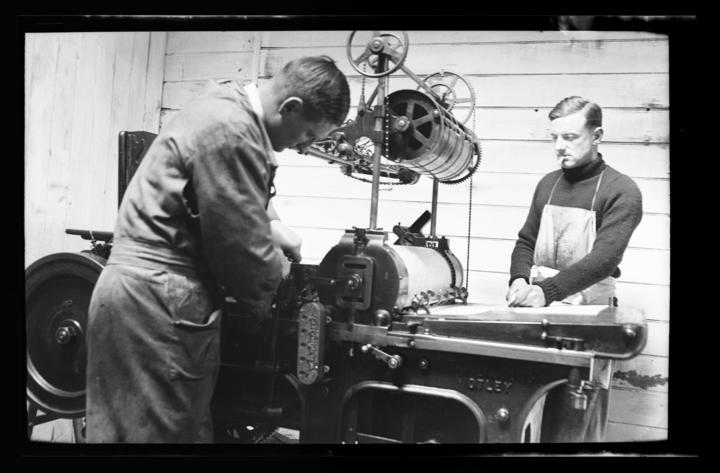 Glover, who died in 1980, is perhaps our most celebrated poet, described by his biographer, Gordon Ogilvie, as one of the most "spirited, versatile and influential figures" in New Zealand literature.

He was a war hero too. He landed an infantry craft at Normandy on D-Day, earning the Distinguished Service Cross. He carried out four 'suicide missions' escorting the Arctic Convoys delivering their essential supplies to Russia, then an ally of the West in World War II against Hitler's Nazis.

The Soviet Union awarded Glover the War Veteran's medal for his service on the Russian convoys in 1975.

The Cold War had blown in and Glover was being watched. Not by the KGB but by New Zealand's state intelligence agency, the SIS. They tracked his involvement with the peace movement, his meetings with Russians and studiously documented his prodigious drinking.

The story of the spy agency and the poet has been brought to light by his son Rupert Glover in an epilogue episode of the RNZ podcast series The Service, which tracks the role of the SIS in the Cold War.

Listen to the new episode of The Service: New Revelations

The revelation that the SIS spied on one of New Zealand's greatest poets raises questions about New Zealand's role in the 'Cultural Cold War', in which intelligence agencies used artists and musicians as soft power weapons to burnish their international image. 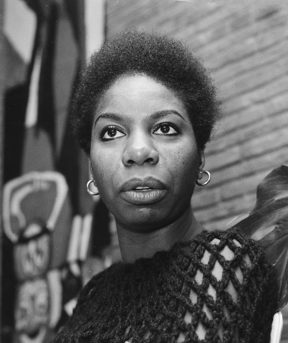 From the 1950s, the CIA funded literary magazines and musicians in an attempt to show the dominance of European culture. Nina Simone toured Africa in the early 1960s, not knowing that a CIA front group, the American Society of African Culture, was paying the bill in the hope she would help dispel concerns about racism in America.

The recent American podcast Wind of Change hangs on the delicious question of whether the CIA wrote the Scorpions' hit of the same name, to carry gusts of freedom, on the strains of the power ballad, over the Berlin Wall.

Wellington historian and writer Redmer Yska, who has written about the intersection of culture and spycraft, wonders whether the Russians were trying to use the iconoclastic, alcoholic poet Glover to a similar kind of end.

But the poet's son Rupert, now a prominent Christchurch lawyer, says it wasn't nearly so nuanced. "He was a great fan of vodka," he says, recalling the relationships his father built with Russians in Wellington. "They would bring vodka around to him and he made friends with certain people at the Russian embassy and then they offered him a trip to Russia and he was very proud of that," he says. "Certainly he never mentioned to me that they went beyond this."

But after listening to The Service podcast, Rupert suspected his father may have been under surveillance. He used the Privacy Act and the Official Information Act to obtain the SIS files - and got more than he bargained for.

The SIS had a file on Rupert too. But Denis was the main course.

"Glover, a poet, literary critic and writer has been of marginal security interest over a number of years," the SIS file says.

The file notes his opposition to the Vietnam War, his full page of poetry published in the Soviet News (the publication of the Soviet Embassy) and his drinking habits. "On occasions Glover has caused embarrassment by making provocative remarks, usually when intoxicated. He is possibly an alcoholic."

The SIS has withheld some of the Glover file under section 6 (a) of the OIA, saying that "release of this information would be likely to prejudice the security or defence of New Zealand".

The records also reveal the majority of the Glover file was destroyed by the SIS in 1982, two years after his death.

The spy agency clearly saw him as a security risk, if only a "marginal" one.

So was the SIS justified in keeping tabs on Glover? Historian Redmer Yska, who has written extensively about the SIS, thinks they were. 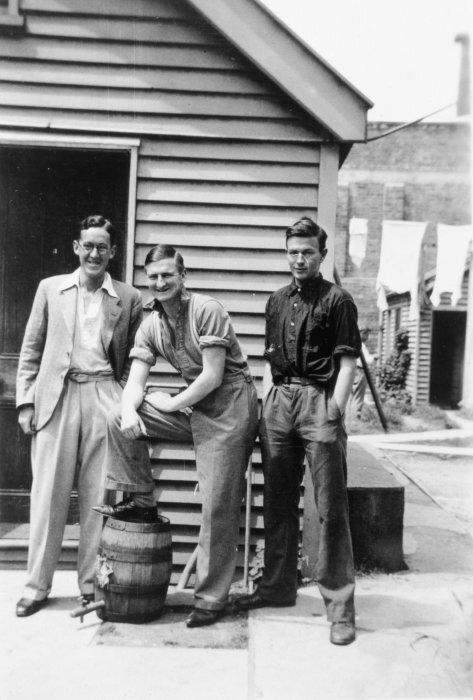 "Half a century later it seems almost absurd. But when you think of the climate of the times, that Cold War mindset, I'm not really surprised."

Yska notes that Glover was part of a literary set which saw him become close to Ian Milner, an Oamaru born academic who the SIS says was actually working for the KGB.

Records released to RNZ for The Service podcast include an SIS file note saying that Milner was "the least known of the New Zealanders who were agents for the KGB".

"Milner was really one of the spies that we don't hear about him all that much, but he really was an extremely important one," Yska says. "He was a big time agent for the Russians and he was really in the spotlight in the 1950s for handing over secrets while working for the Australian Department of External Affairs."

Milner would later defect to communist Czechoslovakia, where he became a professor of English at Charles University in Prague, translating the work of eminent Czech poets.

But Glover also had friends who were dabbling in the dark arts for the West. Yska says that New Zealand poet and editor Charles Brasch, a close confidante of Glover's who founded New Zealand's foremost literary journal Landfall, had a secret life working for British intelligence.

"Was Landfall part of our Cultural Cold War," Yska asks. "A way for patrician, MI6-linked Brasch to keep his eye on the raggle-taggle literary left?"

The New Zealand poet and short story writer Bill Manhire says the Cultural Cold War was a little like today's social media campaigns, where state actors engage in trying to influence public opinion against their opponents.

"It's probably pretty much the same, except you want to win the affection of particular intellectuals in the target countries and see if they will develop soft power on your behalf."

And Glover was not some footnote on the literary scene. "Oh, he's totally amazing," Manhire says. "He's often presented as a kind of comic figure: drank too much, complained when he had his trip to Russia that he wasn't getting enough vodka at 11 o'clock in the morning and caused scenes and all that sort of comic stuff. But boy, his poetry is beyond belief." 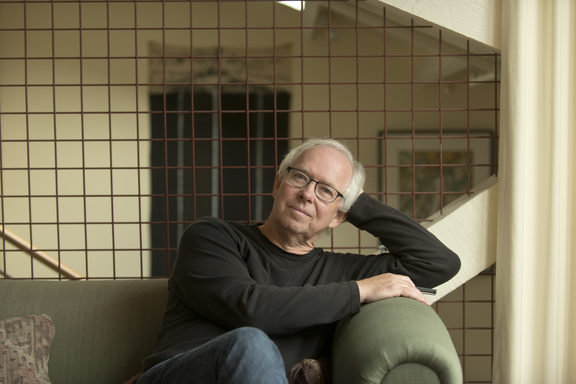 Or perhaps the SIS was just covering the field with Glover. After all, they opened a file on his son Rupert too.

"I think they tended to open files on anyone who marched against the Vietnam War and looked like a dangerous undergraduate," Manhire says, recalling his Otago University days in the 1960s when he was told his enrolment in Russian literary courses would attract SIS interest.

"Rupert Glover, he's now a lawyer, but he himself was a poet and edited the University Arts Festival Literary Yearbook, which was a thing back in the '60s. So he might have seemed like a very dangerous person as well!"

Rupert can't explain why the SIS had a file on him and is even more surprised they actually gave it to him.

He doesn't think his dad Denis was caught in some cultural Cold War spy game. He was simply enjoying the literary chats with the Russians. He enjoyed the publicity and the provocation and of course the vodka, he says.