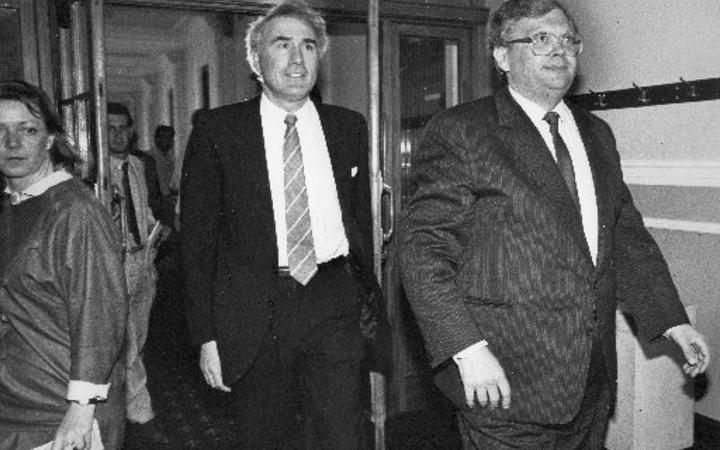 In an interview for The Service, a new RNZ podcast which explores Cold War espionage in New Zealand, Palmer said the Russian spy agency was "extremely active" and "had a full court press going" here from the mid-1980s until the collapse of the Soviet Union, after the fall of the Berlin Wall in 1990.

Palmer, and former intelligence figures interviewed for the podcast, said the Soviets were partly motivated by an opportunity they saw to stoke tensions between New Zealand and the US over the anti-nuclear law banning American warships from port visits.

"At the time I was involved in this, the Soviet Union, in its dying days, was extremely active in New Zealand and trying to penetrate our systems," Palmer said. "There was something of a blitz of it, as far as I could see, and we had a lot of problems with that."

Palmer, who was deputy prime minister from 1984 and prime minister for 13 months from 1989, was also justice minister and attorney-general during much of that time, signing off interception warrants for New Zealand's security intelligence agency, the SIS.

"It was difficult because you often knew the people whose warrants you were attending to and you had certain obligations. You couldn't disclose who they were or what they had been alleged to have done."

Palmer said he did not feel comfortable with the situation.

"The Soviet Union was spying on the Labour Party. It was trying to get information out of them, cultivate them," he said. "That's why it was so painful."

He said the KGB was unsuccessful in its attempts to infiltrate the party. "But there were big efforts made." 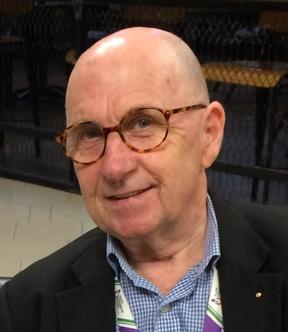 But former SIS officer Kitt Bennetts, who worked on the Russia desk for the New Zealand security intelligence agency in the 1970s and 1980s, said the KGB did have some success infiltrating the Labour Party.

"I think they were successful to some degree". Bennetts said some Labour MPs came forward to tell the SIS they had been approached by the KGB.

"We'd often hear about it and these people would sometimes put their political careers on the line. Because if it was found out that they were talking to the security service, there were many people that held the view that we were the 'thought police' and that we were the baddies. So that could affect them," he said.

"It would be handled very delicately and very carefully and I was certainly involved in some of those and I had great admiration for those men and women for doing that."

But Rouben Azizian, who was the acting Soviet ambassador in Wellington when the USSR dissolved in 1991, said the stereotype of the KGB infiltrating only the left wing political parties needed to be challenged.

"If I was running that kind of intelligence service I'd be more interested in penetrating the other parties - the right wing," he said.

"The KGB was a pragmatic, very cynical, intelligence organisation. They would look for vulnerabilities in people and if right wing people were vulnerable they would be the target. The idea that the KGB was infiltrating mostly the left wing, I think that's not exactly true."

Former Labour prime minister Helen Clark told The Service that the Americans were also gathering intelligence from MPs and recalls a US attache "hanging around the party nights" at Parliament.

"One of the roles of embassies and those who operate under embassy cover is to cultivate people. MPs, like others in positions of influence, need to have their eyes wide open about such relationships and about the fact that conversations they have will be reported." 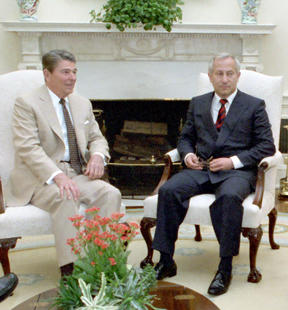 A KGB defector, Oleg Gordievsky, wrote in his accounts of working as a double agent for Britain's MI6 that the KGB was "jubilant" at the election of David Lange's fourth Labour government in 1984.

He wrote in his book Next Stop Execution that his work in New Zealand warning the government about the Soviet threat was particularly important.

"For years the country had been under massive propaganda and ideological attack from the KGB," he writes. "The ruling Labour Party had seemed unaware of the extent to which the fabric of their society was being damaged by subversion."

Former intelligence chief Gerald Hensley, who sat in on briefings by Gordievsky when he visited New Zealand in 1986, said the Russians tried to hijack the anti-nuclear policy and prise New Zealand out of Five Eyes.

"This was for them one of those foreign policy gifts that drop into your basket from time to time: unsought and unexpected," he said.

Former SIS officer Kit Bennetts said in his interview for The Service that the public would be surprised at the level of KGB interest in New Zealand during the Cold War.

"Most people in New Zealand would say, 'what would they be interested in here? We've got no secrets.' But of course we were members of the Big Five, what is now called Five Eyes," he said.

"For all the important decisions regarding the Western allies, New Zealand was sitting at the table," he said. "The Soviets worked out very quickly: Why would you try to spy in Washington and Whitehall, where everyone is following you, when you could come to Wellington, where no one gave a rat's hat?"