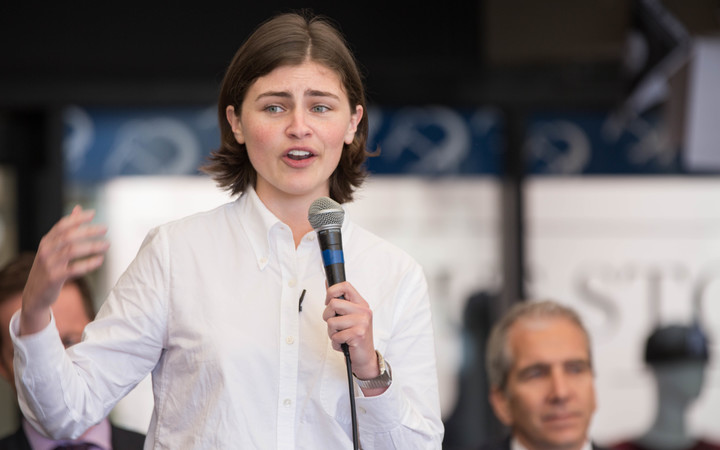 Combined, the National Provident Fund (NPF) and the Government Superannuation Fund Authority have almost $150 million invested in fossil fuels. Both manage superannuation schemes and are responsible to the government. The latter, which manages super schemes for tens of thousands of public sector employees, should not be confused with the "Cullen Fund".

Last month, the boards of both funds met and reviewed their carbon footprint, and decided against divesting.

"Although [we are] aware of the risks to fossil fuels from global government measures to stop global warming, these must be weighed with other factors in determining relative attractiveness," Mr Tyler said.

But Green MP Chlöe Swarbrick said that wasn't good enough. "When we have state-sanctioned investment in what is essentially the climate crisis through continuing to bankroll the fossil fuel industry, we have a problem."

NPF and the Super Fund Authority are not the only crown entity investors under pressure to divest in companies involved in the production of fossil fuels. Last month, the Green Party called on ACC to reduce its investment of nearly $1 billion, and said if it didn't, the government should act.

During a subsequent Question Time, Ms Swarbrick asked Finance Minister Grant Robertson why he hadn't used his powers under the Crown Entities Act to force ACC to divest in fossil fuels. Mr Robertson replied that he had written to ACC to remind them of his expectations regarding investment practices and ethical standards.

Yet he said ministers had to maintain an "arms-length relationship" with crown entities, and any decision would ultimately be up to ACC.

"Whose responsibility is it then?" Ms Swarbrick said. "This is an opportunity for the New Zealand government to walk the talk in terms of being a climate leader. If these funds aren't choosing to live up to the ethical standards that they apply to, say, tobacco, then it's absolutely the government's responsibility to step in."

As well as ACC, she said funds like NPF, with a portfolio worth $1.9 billion, and the Super Fund Authority, worth $4.6 billion, have the power to influence markets. "With that ability comes a responsibility, particularly a social and environmental responsibility," she said.

In 2016, the other significant crown investor, the New Zealand Superannuation Fund, announced it would reduce its investments in fossil fuels. The following year, it sold $950 million worth of holdings in 297 companies.

ACC would not provide a comment beyond saying, "ACC regularly reviews our ethical investment policy". In a statement earlier this year, the corporation said, "The fact we don't exclude fossil fuel companies isn't to say the investment team doesn't think about climate change."

The corporation has always maintained the country's laws are the best gauge for its investment policy, and currently those laws do not prohibit its investment in fossil fuels.

Nevertheless, ACC scrapped its holdings in tobacco companies in 2006 for ethical reasons, even though it was not required to do so by law. The corporation said investing in tobacco was "inconsistent with ACC's role in the health sector".

Chlöe Swarbrick believes the ban should extend to the production of fossil fuels, which she said a large proportion of the public considered unacceptable. "We know that the more that there is investment in certain goods and services, the more those goods and services are produced."

Simon Tyler predicted the carbon footprint of the NPF and Super Fund Authority portfolios would decline over time, but "it is a multi-year, multi-decade, process still surrounded by a lot of uncertainty". He said the funds were aware of the Green Party's push for the divestment of fossil fuels, but added "the whole world is trying to come to grips with the implications of climate change and solutions.

"Both funds prefer to engage first with companies with poor environmental records to seek improvement. They do that in collaboration with NZ Superannuation, ACC and, typically, other global investors … both funds will look to exclude companies as a last resort if there is little prospect of improving their policies or practices."

Mr Tyler said "environmental or social goals" must be balanced with "financial risk and reward," and that "even a company whose business is in decline is capable of adapting and may offer an attractive return at the right price".

He said companies that produced and distributed fossil fuels were significant contributors to the global economy, which depended on them for the energy to produce food, build structures, make products and transport them, and people everywhere.

"Many of the companies are very large and ... are also profitable and likely to remain so for many years even as fossil fuels are gradually replaced by alternative energy sources and as production technologies change in response to higher carbon prices."

RNZ asked if NPF or the Super Fund Authority had ever sought investment opportunities in alternative energy. "We do not separately identify and track this information in the portfolio." Mr Tyler said.