Now We Are Five (Million) - While the country's rising population is due to hit 5 million next year, Kawhia, and many small rural towns like it, are dying. Susan Strongman asks why. 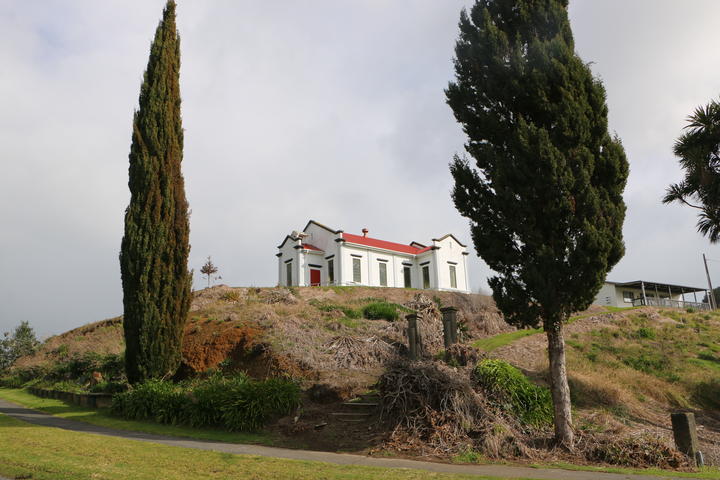 Kawhia is nestled near the northern tip of the North Island west coast harbour of the same name, where waves lick the roadside at high tide and kids ride ponies over wind-pummeled dunes that melt into the silky black sands of Ocean Beach. But there are fewer and fewer of those kids.

Not many people live in this small Waikato town, the resting place of the Tainui waka and birthplace of Te Rauparaha, where 60 percent of the population is Māori and more than 20 percent of residents speak te reo, because it's hard to live here. The median income is just under $19,000 and even then, jobs are scarce and housing even more so. Drugs like meth have infiltrated the community. Many of those horse-riding kids will leave.

While New Zealand's population is set to hit 5 million next year, Kawhia is slowly dying.

In the late 1860s, the Māori population around the harbour that provided sustenance and transport was estimated to be 2585, with about 47 Pākehā. By the early 1900s, photos show a small handful of shops lining a sandy street. At various times over the years, the town has had a bank, a Post Office, a courthouse, a billiards saloon, boarding houses, its own newspaper, hotels and a creamery. In 1951, the Kawhia County population was 1693. A 1988 study found the population had increased nearly 30 percent between 1981 to 1986. But since 1996, its population has almost halved, to 350 last year.

Today on Kawhia's main street, there's little more than a general store, a cafe and a motel.

It's not New Zealand's only dying town. As the number of people living in major urban centres like Auckland goes up, populations of small, rural and often isolated communities dotted around the country - Murupara in the Bay of Plenty, Patea in South Taranaki, Mangakino on the Waikato River and Ngakawau in the West Coast - are stagnant or in decline as factories close down, industries restructure and people age.

Statistics New Zealand classifies 402 places - including Kawhia - as rural settlements. Of those, 146 decreased in population between 1996 and 2018, 20 remained the same, and 43 increased by less than 10 percent. Over that period, the proportion of New Zealand's population living in major urban areas went up 8 percent, while the proportion in rural settlements dropped 25 percent.

The sharpest decline in population has been in Ōhura, after the closure of state-owned coal mines in the 1970s. In 1964, the King Country settlement's population peaked at 654. By 1996 it had dropped to 390 and it now sits at about 130.

Further south in Waiouru, the declining use of the military camp has seen the population decrease by more than 60 percent since 1996.

"We may be one country, but our regions are worlds apart from one another," economist Shamubeel Eaqub wrote in his 2014 book Growing Apart. "Deep-seated economic forces - urbanisation, globalisation, technological change and ageing - threaten to increase these gaps in the years ahead."

Five years on, what effect are these forces having on a town like Kawhia? 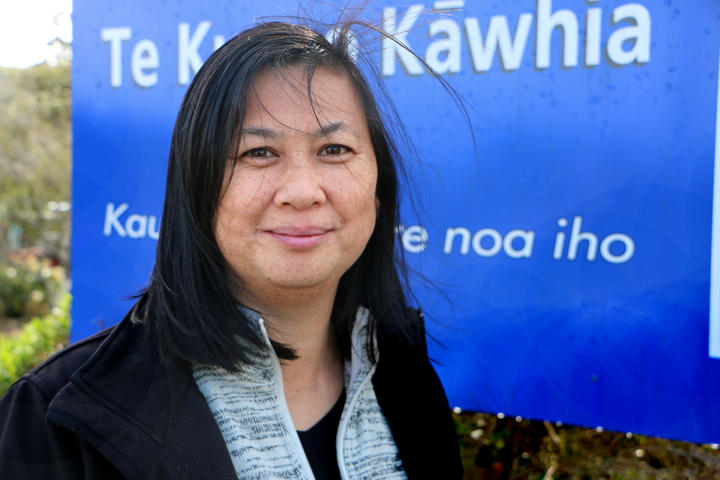 Kawhia Primary School principal Leanne Apiti had just graduated from university when, in 1993, she moved to the town as a junior teacher. Back then, a lot of the community's families were on the benefit, getting by with government money, maybe living off the land a bit - kaimoana from the sea, kumara from the garden, pigs from the bush. They could just "be", Apiti says. The children had a good quality of life. Everyone looked out for everyone, no matter how rich or poor they were.

Around that time, she says Kawhia had the third fastest growing population in the area, reaching 660 in 1996. Kawhia Primary School's roll peaked at 130. "Now, we've got 50 children, and we're bordering on losing a teacher, because 51 is the magic number for a third teacher... It's political, very political, whether people live here or not."

What does she mean by political? "Whatever the government's policies are on the day dictates whether our families can live in Kawhia or not".

Changes to the social welfare system in 2007 meant that those receiving the benefit had to look for, and accept, any work that was offered to them. Apiti says these changes saw people leaving town if they could not commute to jobs outside of Kawhia, taking their families with them.

"I'm an example of that. When I first had my first baby, I could take a year off and be on some kind of benefit and there was no problem, no issues. By the time I had my last child, my husband had to move out of town, get a job, and I was only able to have a few weeks off.

At a disused primary school - 15 minutes' drive east of the community's main centre, up a mossy, asphalt driveway - four dogs, several chickens, three children and Bevan Taylor create a small hive of activity. Taylor, a tall, stocky youth worker in his late 50s, is wearing green fleece and what look like diving booties. He uses Oparau School as the base for Kawhia Moana Aotea Whenua - a group he set up to help reconnect rangitahi with the land.

Inside, the walls are covered with photos of children adventuring: hunting, fishing, horse trekking, trapping, cleaning nearby Ocean Beach. In an adjoining room, a small girl in pink, wearing gloves the size of her head, whacks a punching bag that hangs from the ceiling.

Taylor was born in Kawhia, one of 10 children in a family that lived off the land. Even back then people who weren't on the dole had to leave town to find work, he says. "There's only so much around here you can do."

Taylor was 14 when he left for Kings Cross, Sydney. There, his lifestyle changed from helping out in the shearing sheds, breaking in horses and catching kahawai to gangs, drugs and violence.

After 20 years there, he returned home. He says if he'd had something to keep him in Kawhia as a youth, he would have led a more productive lifestyle. He hates to see kids "falling through the gaps" like he did. "There are no jobs. No training programmes. They get bored. They get pregnant. They go on the benefit. There's nothing else to do."

The youth work started somewhat informally when, 18 months after the birth of his triplets, Aotea, Tokomaru and Tainui, Taylor became a solo father. "I bought them a pony and had one in my backpack, and I took them to Ocean Beach every day." Other Kawhia kids started to come along too. That was about 16 years ago.

Things haven't got much better since he left town back in 1971. Taylor says house prices have skyrocketed and rental properties are hard to come by. There are none on Trade Me, and the site only lists eight homes for sale. Yet in the 2013 Census (the most recent official data currently available,) 219 unoccupied dwellings were counted in the area. On short term holiday rental website Airbnb, there are six houses available in Kawhia, and another seven at nearby Aotea Harbour. Kawhia is not the only New Zealand town affected by this holiday home phenomenon - where a very high proportion of properties are used for short term accommodation. In nearby Raglan, unoccupied holiday homes accounted for close to a third of all houses in the area in 2013. In summer, families are often booted out of rentals to make way for their owners.

Lonely Planet describes Kawhia as having "avoided large-scale development, retaining its sleepy fishing-village vibe." The Otorohanga District Council describes it as a "holiday resort", whose population increases to more than 2000 at peak holiday periods. Kawhia's most famous event - the annual kai festival in February - was attended by more than 3000 people in 2015. The rest of the year, Taylor says, the busiest place in town is the pub. "It's always packed."

It's still urbanisation that's killing places like Kawhia while New Zealand's overall population creeps up and up, Growing Apart author Shamubeel Eaqub says. Movement towards cities is driven by access to jobs, and jobs - especially in service industries - tend to be in cities because that's where most people are. (In Kawhia, there are 170 people aged between 15 and 64. According to the Ministry of Social Development, more than half of them (91) are on some kind of benefit.)

In Hamilton, just over an hour's drive from Kawhia, the population has increased by almost 50 percent since 1996. Over that period, Kawhia's dropped by the same proportion. The amount of 15 to 39 year olds has also decreased there - from 29 percent of the population in 1996 to 17 percent in 2018.

Eaqub says when jobseekers leave, the people who remain are, by and large, older folk. "That just means that there is a slow hollowing out of these communities."

Another problem for some rural communities, Eaqub says, is that as they continue to shrink, so does the pot of money raised through rates to be put towards maintaining and renewing infrastructure. "This is going to be an increasingly big challenge, particularly for those [areas] already affected by coastal erosion." He says there's no good solution for this - especially in places like Kawhia, that see an influx of temporary visitors over the summer months placing extra demand on facilities.

"I think this is a broader issue for places that get the transient population that comes through - in lots of places in the West Coast and even places like Queenstown... a lot of the burdens of local infrastructure is placed on the ratepayers," he says.

"The government has small buckets of money that it gives to communities to do up toilets and those kinds of things, but it's actually much bigger than that." Unless small communities like Kawhia are supported in other ways - like through government subsidies - infrastructure will rot away, unable to keep up with the temporary influx of people coming through for a few months of each year. 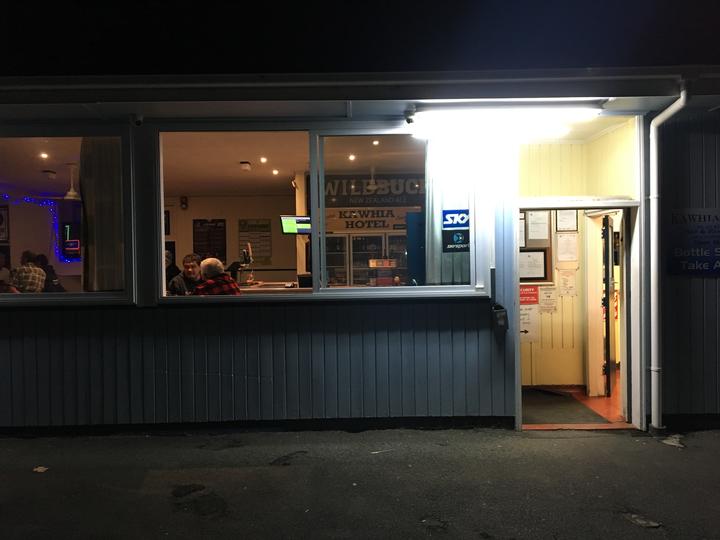 People in Kawhia are struggling to live off the land these days, Taylor says. The marae no longer has its doors open, a constant fire burning, kumara in its gardens and shark drying on racks outside.

A new hotel is being built and there's talk of iron sand mining of the forestry land once the trees are felled. The mine will bring jobs to the town, but Taylor says it'll also bring environmental issues.

The dying of these towns is a very slow process, Eaqub says, "Death by a thousand cuts."

"By and large, we are going to see over the course of the next 10, 20, 30 years, many of these small communities essentially not having enough people to be viable."

People never want to leave Kawhia, says Taylor. "But they have to."