Play time over: How Kiwi kids lost their freedom to roam 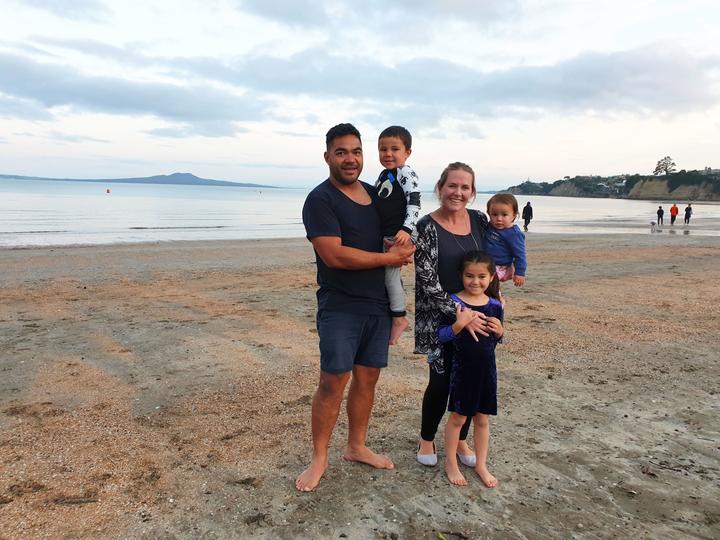 As the sun starts to dip on Auckland’s North Shore, the sky behind Rangitoto Island darkens and the fading light from the west glows orangey-pink. Daylight savings has just started and children are still running along the beach at Browns Bay and swinging about on the playground, watched on by parents on park benches and in cars, enjoying the novelty of the longer evening.

Five-year-old Noela Ongoongo and her two younger siblings, Sienna and Beau, live right across the road, but their parents, Tess and Wili Ongoongo, can't imagine a time when they'd feel comfortable with Noela heading the couple of hundred metres to the park alone.

Now We Are Five (Million): NZ's growing up but is it changing?

They Will Inherit The Earth: What climate change will mean for NZ's next generation
Who is the average Kiwi?

In New Zealand, where we like to think our children grow up close to nature, with a free and easy life, the freedom to roam and play independently appears to be slipping away as parents worry about safety and a lack of community.

Noela's Dad Wili, has fond memories of being brought up in the then-tiny village of Paremoremo, north of Auckland. His dad was a guard at the nearby jail and many other people in the village also worked at the prison. Everybody knew everybody and unsupervised outdoor play dominated Wili’s childhood routine.

One of 10 children, he was allowed to roam free until dark, playing in the bush with his siblings and other local children. "We [were] always outside climbing trees, we hardly watched TV. It was a really small place; there's no shops up there, just the bush and heaps of grass to play on." 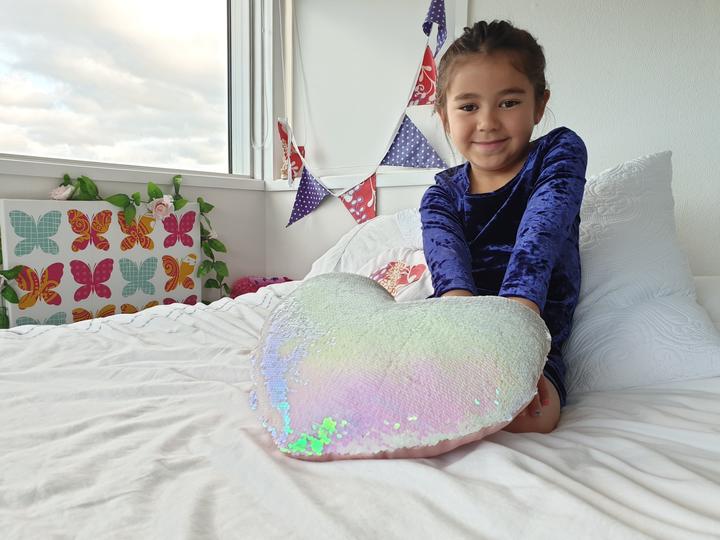 But Wili has no such aspirations for his own daughter. Now living in the large and affluent suburb of Browns Bay, he wants to know where his children are and he wants to keep them safe, and that rules out letting them roam free. "Not in this day and age, times have changed. Here it's really busy."

Their house overlooks a beachfront road. It’s a popular destination for visitors wanting to walk the dog or eat their fish and chip dinner as the sun sets, and cars pull in and out.

Wili and Tess feel there are too many people coming and going in the neighbourhood.

Noela's school is large, with a roll of more than 600 pupils, and in the morning the area empties of many of its locals who commute to the city during the working day. The Ongoongos just don't feel the suburb has that 'everybody knows everybody' feel and so they can't imagine letting Noela play on her own at the park - even if she was twice her age now.

In Whanganui, 5-year-old Paora’s lives on a hill overlooking the river that is part of his whanau’s whakapapa. Three walls of large windows in his living room showcase the treelined Whanganui river winding through the city - the awa many local believe calls them home. It’s a city his mother Leigh-Mararma was fairly free to roam in as a child; popping over the fence to play with the neighbours. But she says she wouldn’t feel comfortable with Paora and his younger brother playing on their own.

“There were couple of vacant lots on the street, and I would play there with the kids, and Mum and Dad would just be at home, where as I wouldn’t do that with my boys now ”

“I wouldn’t let them go out past the gate without me or an adult watching them. These days people are much more aware of all things that could go wrong," she says.

What's it like to be a 5-year-old growing up in New Zealand as the population nears 5 million? Paora turns the tables on his Mum, RNZ correspondent Leigh-Marama Mclachlan, and interviews her about his life and how different it is to what hers was like as she headed off to school.

Professor Susan Morton leads the Growing up in New Zealand study. Since 2009, she and her team of researchers at the University of Auckland have been tracking the development of about 7000 New Zealand children from before birth, until they turn 21. 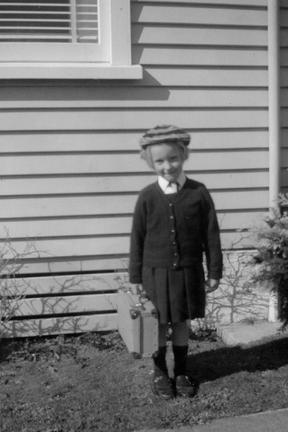 Professor Susan Morton on her first day of school in 1966 Photo: SUPPLIED

Recently the group has been researching the health, education and culture of 5-year-old tamariki and Morton thinks the increasing population is contributing to parents’ worries about letting children play independently.

"One of the issues about having a larger population is actually safety. So that idea of freedom to roam is quite different for this generation of 5-year-olds than it was in my generation. When we were quite young, we would be allowed to go out with a group of friends and stay out for the day, or get on our bikes and go for a bike ride and go to the local pool, stay there and be home for dinner. That's not the way things are for most children. Now, [there are] concerns around safety about children, particularly young children going out on their own."

The growing population means many of the parental fears are real, she says. More people makes housing expensive and increases the need for both parents to go to work, so there's not one adult at home, keeping an eye on their children and other kids in the neighbourhood, creating that close-knit feeling Wili remembers from the community he grew up in.

A growing population also puts pressure on the roads. The Growing Up in New Zealand study found three-quarters of 5-year-olds live within 5km of the school they go to but 68 percent are driven to school.

When Professor Susan Morton headed off to school on the day of her fifth birthday in 1966, New Zealand's population was 2.7 million. At first, her mother walked her to the local Catholic school in New Plymouth, but she soon started walking on her own.

But Morton says allowing children to walk, scoot or bike to school like she did is now a terrifying prospect for some parents as there are more cars on the road. "The idea of being able to walk or even bike safely on the road as a child is quite different. So I do think there are things that are partly about the population, partly about the environments, that do restrict some of the activities for this generation and make it slightly more challenging for everybody to engage in some of the things that, when I think back to my childhood, we probably took for granted." 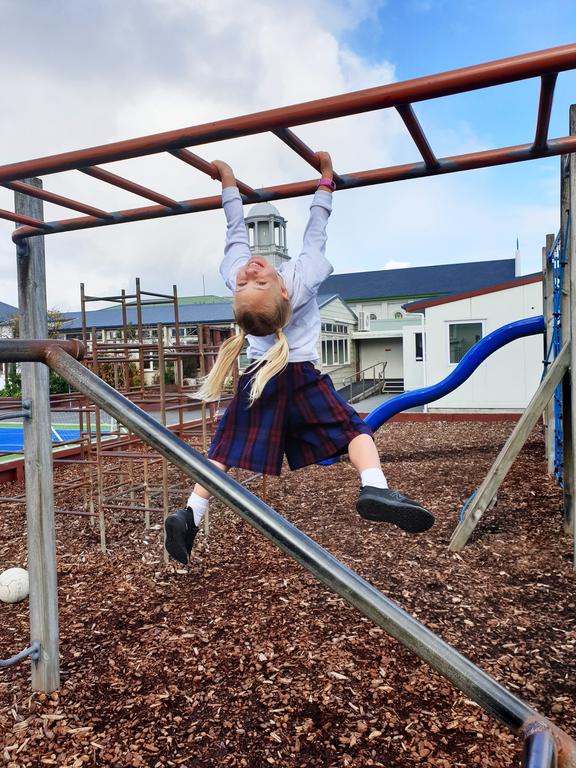 But some children do still have the freedom to roam and play. Zara, 5, who lives in the small West Coast town of Hokitika is one of them.

Her parents, Alana and Fayne, moved back to their hometown after spending their twenties in Brisbane, because they didn't want a car-bound suburban-commuter life for their children.

Fayne says one of their reasons for moving home to Hokitika was so their children could play without their parents hovering over them.

Living in a town of only 3000 people, among family, friends and a community they know, made life easier and free, Fayne says. "They [Zara and her brothers] will happily skip down to the high school field nearby without us having to worry about who's around the corner because being such a small town, everyone knows everyone, so there's just that feeling of safety."

On a recent family trip back to Brisbane, taking in all the fun parks and tourist attractions, the children asked why they couldn't live back in the city again, he says. "They don't see things like that [freedom and independence] - they just see all the fun things you do on holiday and think that's what you do all the time. I think there’s actually more for them to do here."

Alana loves bringing up the children in a small community because everyone is keeping an eye out -  even if it means taking the good with the bad. "If your kid's doing something naughty you do hear about it but, also, if they need help people are happy to help them out. It's a really good atmosphere. I love it." 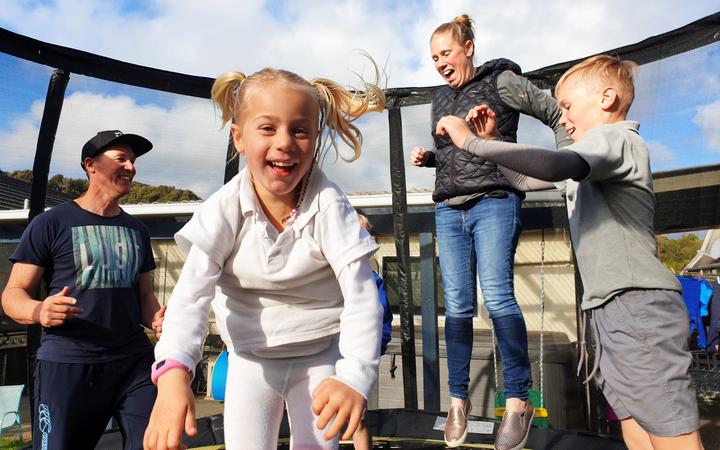