Floating platforms have been set up to stop the chicks of critically endangered black-billed gulls from drowning, after they made a home in the flooded ruins of a quake-damaged Christchurch building. 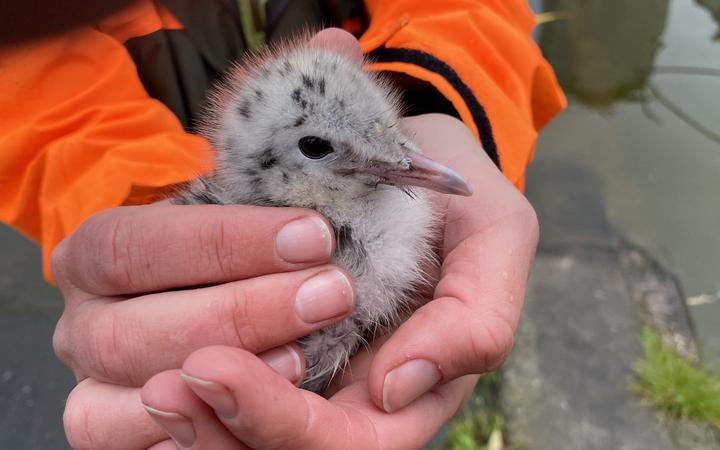 The birds, which are the world's rarest gulls, have been nesting on the site of the former PWC building in central Christchurch since October.

The Department of Conservation said many of the birds had built nests on precarious narrow beams surrounded by water. 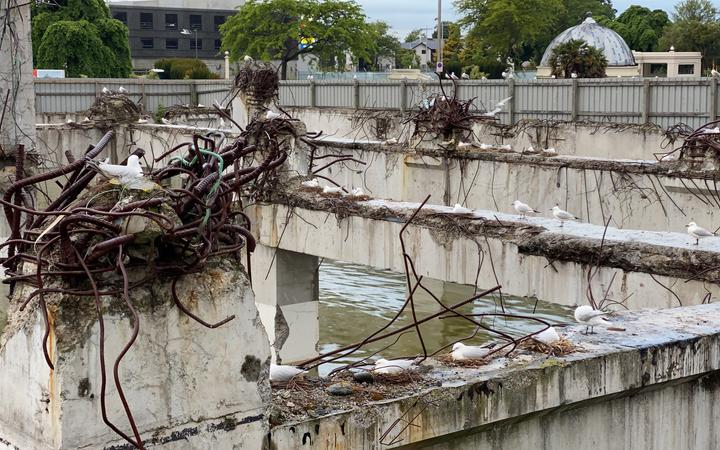 DOC's Mahaanui community ranger Vanessa Mander said passers-by reported seeing freshly hatched chicks falling into the water where they were unable to climb or fly out.

"When tarāpuka eggs hatch, the chicks creche together to keep warm and protect each other. This isn't ideal behaviour when your home is a one-metre wide concrete beam, so we've temporarily installed four floating platforms to act as life rafts if the chicks fall into the water," she said. 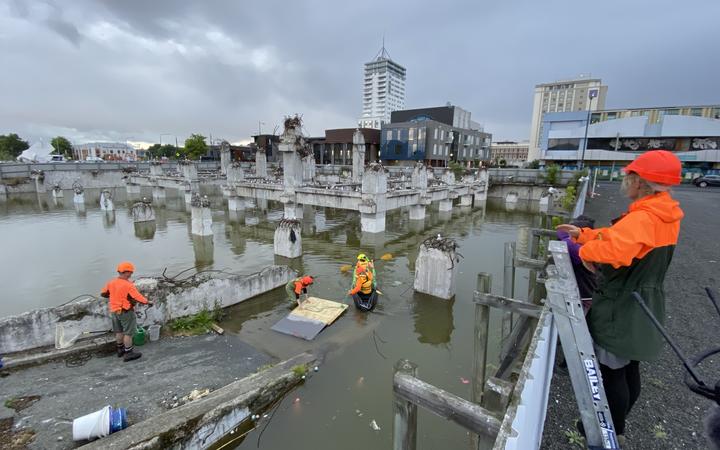 The platforms are intended to stop the black-billed gull chicks from drowning. Photo: Supplied / DOC

The four life rafts, each measuring 1.2m x 1.2m are made from wooden pallets and 20-litre containers. DOC rangers built the rafts and tested them at Lake Roto Kohatu before installing them below the colony where they will remain in place until the chicks fledge in February.

DOC says it will continue to monitor the site to ensure a successful breeding season.