Part of a Hawke's Bay river could gain a status similar to a national park if a special tribunal's recommendation is followed. 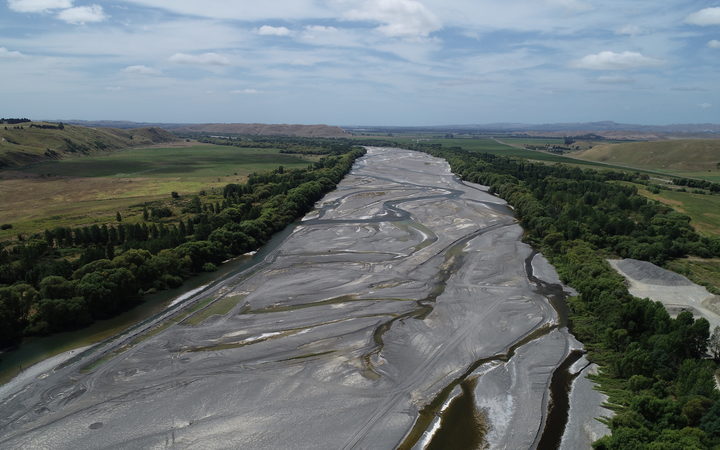 A section of the Ngaruroro River in the Hawke's Bay. Photo: Supplied / Tom Kay, Forest & Bird

The tribunal, which was set up to consider giving the rivers a Water Conservation Order (WCO) that prevents damming and further water takes - has recommended the order, in part.

In 2015, Forest and Bird, Fish and Game, Operation Pātiki Ngāti Hori ki Kohupatiki, Whitewater New Zealand, and Jetboating New Zealand lodged an application for the Ngaruroro and Clive rivers to be protected because of their outstanding ecological and cultural value.

A tribunal was set up by the then Environment Minister Nick Smith, and it has now agreed that the upper Ngaruroro river should be given an order, but the lower section and Clive River should not. It would not affect existing resource consent holders.

The upper river is habitat for native fish and birds, white-water kayaking and trout fishing.

A spokesperson for the applicants Kevin England said they were disappointed the lower Ngaruroro river and Clive were not recommended for the order.

"We're disappointed that those values we had assessed as outstanding in the lower river - the braided reaches, the jetboating values, the cultural significance - were not deemed to be outstanding."

However, he said it was still a "win" for the health of the river.

"New Zealand has very few rivers like the Ngaruroro.

"The upper reaches of the Ngaruroro are about as close as you can get to pristine. There's outstanding habitat for native fish and birds, incredible white-water kayaking, and a renowned trout fishery."

"A WCO ensures those outstanding values are protected for future generations."

He said the applicants were yet to decide on whether they would appeal the decision for the lower Ngaruroro and Clive.

"We'll have a look at the rationale of the special tribunal in making this decision and decide where to go from there."

Following the submission process, the recommendation to grant an order would go to the Minister for the Environment for consideration.

If the recommendation was accepted, the order would be gazetted before it comes into law.

There are 15 water bodies with Water Conservation Orders, including the Mohaka River in Hawke's Bay.

Up to five percent of the country's banded dotterel population lived in the Ngaruroro. Other endangered birds that used the river included the white heron, of which there were only about 200 left, and the rare black-billed gulls.