Do you know which party wants to change the country's name to Aotearoa, which one wants a universal basic income of $250 per week, which one wants pre-marriage couple's counselling and which would make voting for citizens only? 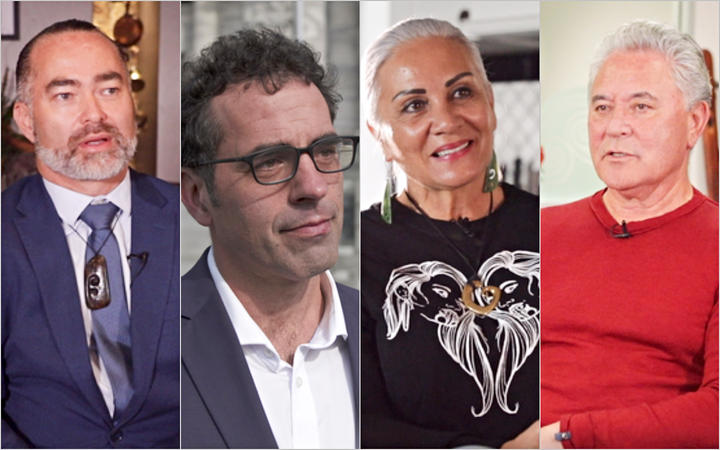 Welcome to RNZ's policy guide for "The Outliers" - the small parties striving for a place in Parliament.

Like our guide to party policy, we've put together a brief outline of what these parties would do if they were elected.

It's by no means an exhaustive resource, but should give you a feel for what these parties are all about.

The party - which unlike the other Outliers has been in Parliament and in government in the past - has main priorities that are "healthy families who can self-determine" and ensuring there is a "safe and healthy environment" for current and future generations.

It wants 25 percent of the government's Covid-19 recovery designated for Māori.

It has pledged to double baseline benefit levels and immediately increase the minimum wage to $25 an hour if elected.

It would officially change the country's name from New Zealand to Aotearoa and replace Pākehā place names with their given Māori names.

It is promising to establish an independent Māori Health Funding Authority, overseeing the distribution of $5 billion.

The party wants Māori immersion schools to receive equal funding to mainstream schools and to give a quarter of the entire education budget to Māori models of care.

It has announced plans to create an independent entity to take over the responsibility of Māori children in state care -it would spend $600 million on a 'Mokopuna Māori Entity'.

It says it will take a range of actions on fresh water including overturning the Crown's position that "everyone owns water".

TOP's policy webpage opens by stating its "policies are evidence-based, and pass through our expert Policy Committee. They are based on what works".

Its flagship policy appears to be universal basic income. The party wants a total overhaul of the tax and welfare system - including a Universal Basic Income (UBI) of $250 per week for everyone, "no questions asked".

It has grouped its policies under a range of categories.

Under its affordable housing and rent section, it says "TOP's vision is to hold house prices and rents stable for a generation, so incomes catch up and make housing affordable again".

It says its smart small business policies will "reduce paperwork, make it easier for small businesses to run, and help them to work smarter, not harder".

For its climate-friendly recovery policies, TOP says "this election will see the biggest infrastructure investment of our lifetimes. We need to make sure that investment is based on sound business cases ... and will enable Aotearoa New Zealand to reach our emissions reduction targets".

Summing up its final policy section, TOP says it "stands for a fair society where everyone has the opportunity to thrive".

It's proposing things like a tax on the equity of a property, a reform of the housing market, a written constitution for New Zealand, legalised, taxed and regulated cannabis and a focus on protecting the environment.

The party is still doing its "policy in a minute" videos if you're looking for an easy way to learn more.

Leighton Baker and the New Conservatives are promising to scrap all of the changes made to firearms legislation, as well as repeal the Emission Trading Scheme and Zero Carbon Bill if elected.

It also wants to reduce the number of sitting MPs and make binding referenda more common and a crackdown on immigration.

The New Conservatives have a wide range of policies laid out.

At the top of the party's policy page is the "family" section. It calls for abortion to remain in the Crimes Act, publicly-funded pre-marriage couples' counselling, and all pornography to be blocked by default.

It wants prison to be rehabilitation-focused and proposes a three-stage system for jail. It also wants to raise the drinking age to 20 and introduce "boot farms" for "troubled youths".

Under its foreign policy section is an "Israel relations statement" - it would establish a New Zealand Embassy in Tel Aviv or Jerusalem immediately and "recognise Israeli sovereignty over the Golan Heights".

It says it is committed to preserving and enhancing New Zealand's natural environment and would stop the use of 1080 poison.

Vision New Zealand doesn't have many policies, but would roll-out Destiny Church's controversial Man-Up and Legacy prison programmes if elected.

Its catch-phrase on its policy page proclaims "Let's take New Zealand back".

It is also promising to ban all immigration and refugees for two years - although party leader Hannah Tamaki says it won't be "just a total ban for refugees, because a refugee status is a little bit different... there would have to be the criteria and of course... I've got a heart".

It would also stop New Zealand residents from voting and make it a right for citizens only - and compulsory.

Vision would also stop all sales of NZ land to foreign investors.

Other policies include a position on water (resolve Māori rights and block foreign bottling), blocking or repealing hate speech laws, and regulating media.

Advance NZ has two policies online so far. It says it will be adding policies weekly ahead of the election.

The party focuses on Covid-19. It would repeal the Covid-19 Public Health Response Act, allow the use of "alternative treatments", abandon any lockdowns and set up an advisory group of epidemiologists independent of the Ministry of Health and World Health Organisation, which have "conflicts of interest".

It also has a democracy policy. It wants a Royal Commission to recommend an entrenched written Constitution and Bill of Rights, a new referendum on the MMP system at the 2023 election, and overhauls of political donations and tackling "exposure to foreign interference".