National Leader Judith Collins says the party's Palmerston North candidate has been the subject of "nasty and dirty" bullying, after a photo on social media appeared to show him impersonating Adolf Hitler. 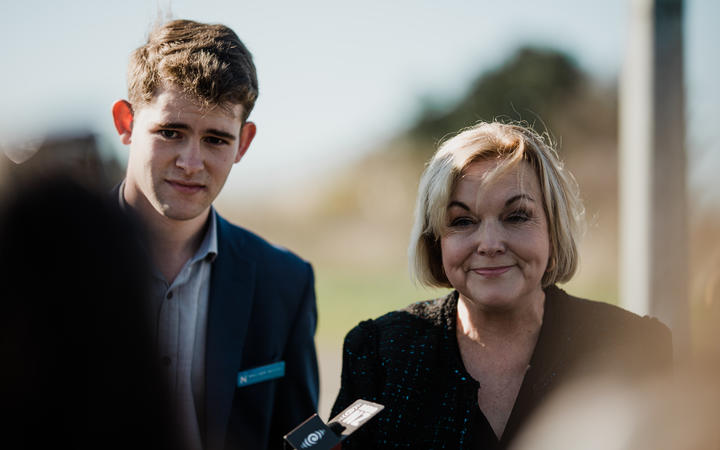 In the photo, 18-year-old William Wood is seen with a white painted on moustache similar to Hitler's and holding up his arm in a Nazi salute pose.

The photo was taken when he was aged 14 and he has apologised for any offence it has caused.

Collins says it was a foolish mistake but added she would not stand for the bullying he had experienced.

"I thought it was a shocking attack on a young man who has really grown up. The fact he went straight away yesterday and apologised for his mistake at 14 I thought showed immense maturity and I would like to say to him look don't worry, we've got your back," Collins said.

Anyone who had been the parent of a 14 year old would understand they made mistakes, she said.

"No one expects them to come back later," Collins added.

ACT Leader David Seymour yesterday said he wouldn't punish someone for something they did when they were 14.

"I would just tell them I thought it was very bad taste and I certainly hope that if he is now mature enough to be a candidate he understands it's the wrong thing to do," he said

"Look, we all make mistakes when we are young, I would think it is part of the growing up process and from the looks of it he is still growing up," he said.

National MP Ian McKelvie said he was not aware of the photo and "boys will be boys" when asked about Wood's apology.