Labour leader Jacinda Ardern says it was wrong of a National MP to link her stance on euthanasia with comments she made about youth suicide. 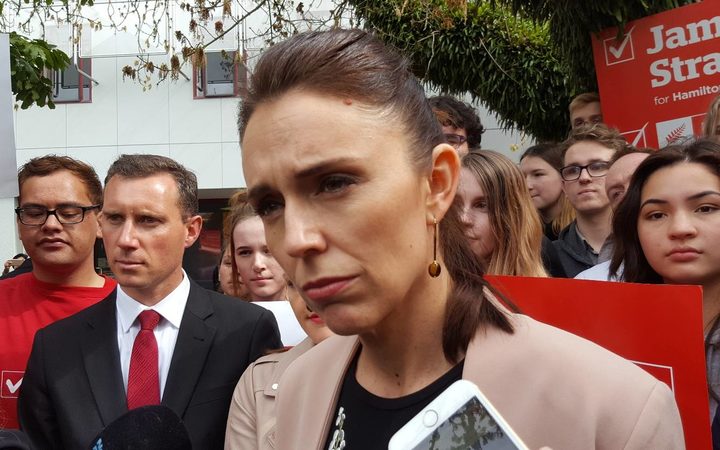 At a rally at parliament yesterday, Ms Ardern told the crowd that it was devastating that more than 600 New Zealanders killed themselves last year.

She also spoke of her best friend's brother who took his own life when she was 13-years old.

In a post on Facebook last night, National's Simon O'Connor - who opposes assisted dying - said it was "strange" that Ms Ardern was so concerned about youth suicide, but was happy to "encourage the suicide of the elderly, disabled and sick".

Ms Ardern said while she respected the personal views of individual MPs on euthanasia, Mr O'Connor was wrong to confuse the issue of euthanasia with New Zealand's suicide statistics.

"These are two very different issues that we're debating and discussing," she said.

"To compare [euthanasia] to suicide is wrong and I think probably those who are affected by it would think that was the case too."

Mr English said the two issues shouldn't be linked and he had texted Mr O'Connor to tell him that.

"They're both serious issues, they're dealt with in the parliament, euthanasia as a conscience issue and suicide I think is one that is dealt with very broadly by the political parties trying to find better policy solutions that will reduce the number of people who are badly affected by suicide," he said.

"What's important here is compassion for people who are vulnerable."

In a short statement, Mr O'Connor said this was a "conscience issue" and he had nothing further to add.

Mr O'Connor was the chair of the health select committee, which held an inquiry into voluntary euthanasia following a petition by former Labour MP Maryan Street.

The committee's report was published in August, but it made no recommendations.

ACT leader David Seymour's member's bill on end of life choice was drawn from the ballot in June. It hasn't yet had a first reading in parliament.

Right to Life spokesperson Ken Orr said he fully supported Mr O'Connor's comments and agreed there was no difference between euthanasia and suicide.

He pointed to a recent ruling by the New York High Court.

"The court found there was no difference - that assisted dying is suicide."

Mr Orr said the pro-euthanasia movement itself used to use the term "physician-assisted suicide".