New Zealand First wants the SuperGold card to be more than a "dumb piece of plastic" by turning it into a debit card that collects loyalty points. 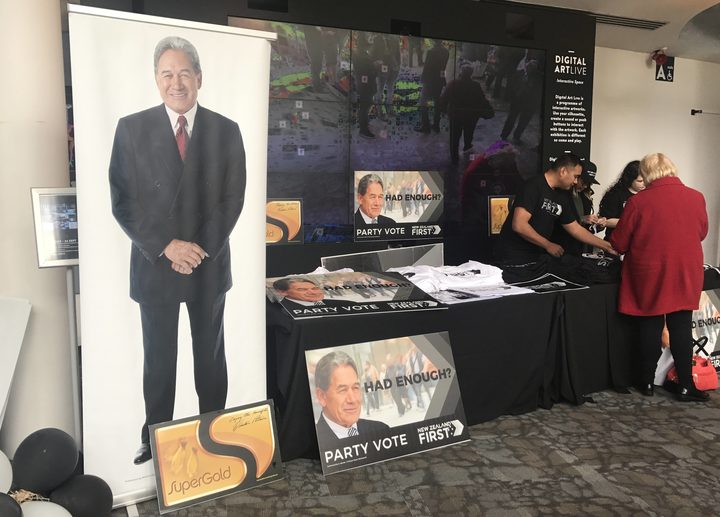 Speaking to a large crowd at a North Shore event in Auckland, party leader Winston Peters estimated people could save between $800 and $1000 through no bank fees and retail discounts.

"We have developed ideas that are going to give you more. More freedom. More benefits. More money. What we are going to do for you is simply facilitate a massive commercial connection between 650,000 Gold Card members and business," Mr Peters said.

In a promotional video for the card, Mr Peters said people over 65 had been neglected for too long.

"You would think it was deliberate and someone was setting the Gold Card up to fail. Well not on my watch," Mr Peters said.

"The Gold Card has not kept up with the digital and technical advances of loyalty programmes and payment technology."

Mr Peters said he had already talked to one bank who was keen on the idea of turning it into a debit card, and he believed a new high-tech card would even be able to reminded people about upcoming appointments.

"We'll work with merchants and retails and integrate the card with their point of sale payment terminals so they can identify and reward you with immediate discounts."

At the event, Mr Peter also repeated his promise that the card would include three free doctor visits and one eye test a year, and discounts on power bill during winter.

He then reiterated the party's plans to raise minimum residency requirements for for superannuation to 25 years, and ensure people were not financially punished for receiving overseas pensions.

Mr Peters also took a swipe at other political parties, particularly ACT leader David Seymour who he called a "little Chihuahua from Epsom".