Opinion - The biggest problem facing any long-term government is managing the rate of their inevitable decline, something National has proven to be particularly adept at doing since first winning office in 1949. 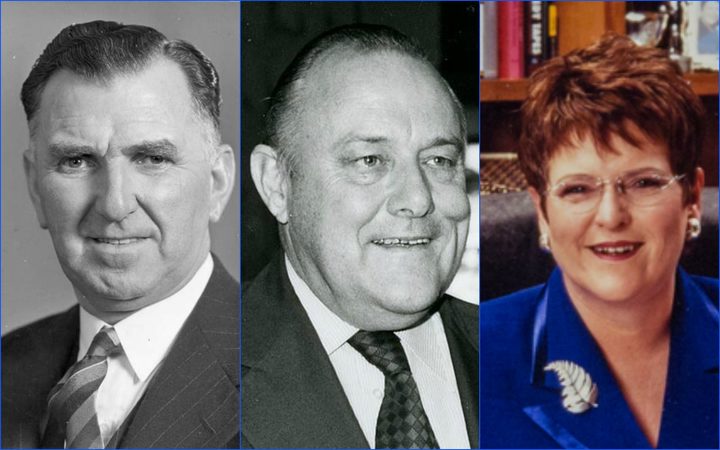 Three National governments each won three terms, the Holyoake one achieved four, and so now Bill English is on the precipice of history, one way or another.

Syd Holland's attempt to win a fourth term failed in 1957, but National's overall share of the vote only dropped 0.1 percent from its 1954 result - the party went down still holding 44.2 percent support.

Skip forward to 1984, when Robert Muldoon was swept from office after a calamitous third term. However, National's overall share of the vote declined only 2.9 percent, because of the disproportionality inherent in first-past-the-post elections.

In 1999, when Jenny Shipley led a broken National coalition to a shambling defeat after three election wins by her predecessor Jim Bolger, the party's vote dropped 3.34 percent.

The one National administration that defied the three-term rule was the one led by 'Kiwi Keith' Holyoake, first elected in 1960.

By 1969, with a younger finance minister, Robert Muldoon, at the top of his game, Holyoake could take a step back and allow his protégé to both take the attack to Labour's Norman Kirk and dominate television appearances - a new medium in campaigning then.

The deeper into the campaign the more the National Party used Muldoon, who stumped up and down the country for his mentor.

People were willing to give National another term because Muldoon had shown them the future, and they trusted him. As a result, National increased its nationwide vote by 1.6 percent to hold off Labour.

The lessons from their history are two-fold. First, National manages the rate of its decline well - so well, in fact, that no National government has failed to serve less than three terms.

Until 1 August 2017, when Andrew Little handed over the Labour leadership to Jacinda Ardern, the Key-English government looked likely to walk Holyoake's path. Now that is entirely uncertain.

Before then, there were two likely election outcomes: the status quo being recreated, or a modified status quo that would see National go into coalition with New Zealand First.

Now, after Labour's rise in the polls and Peter Dunne's reading of the tea leaves, and with National's vote now consistently polling under 45 percent, its best bet is a potential coalition with Winston - and the past week hasn't helped that particular cause.

There is now one clear change option between three parties: Labour, NZ First, and the Greens, in some form. There are, based on current polling, two other two-party change options that were once unlikely but are now not beyond the realm of possibility.

Muldoon's own prime ministership fell into the trap of not changing his method of acting when he needed to. But that was a long way off in 1969, when he was stumping for Holyoake. Then he was a man on the rise, with a television presence, at the peak of his powers.

With all of that history in mind, I thought that Steven Joyce's bogus claim also served as a reminder that Machiavelli's insights remain timeless; that, and the fact that Joyce is not a patch on Muldoon back in the election of '69.