Opinion - When it comes to research and development (R&D), New Zealand's performance is poor.

Companies here invest much less in R&D than their overseas counterparts, partly because New Zealand firms are usually very small, and therefore don't feel the need, nor do they have the budget. 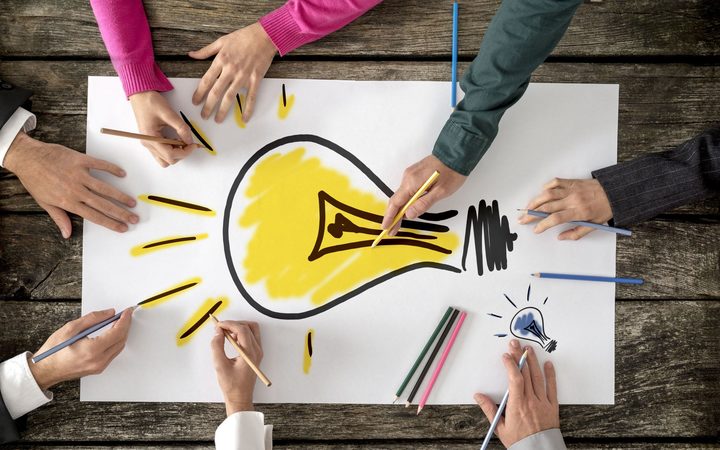 Coming up with bright ideas through R&D requires scientists and business people to work closely together, according to international research. Photo: 123rf.com

But also because, as a country, we rely on the primary industries as our economic backbone - and primary industry is an area where, globally, R&D spend is lower anyway.

While we can explain our poor performance, it doesn't remove the fact that we must do better - and the need to diversify our economy is reason enough.

However, if we are going to significantly improve R&D performance, we can't simply leave it to the market to sort out. None of the other global economies that look similar to New Zealand do this. Instead, they each have some form of government programme to encourage co-investment in R&D with companies - despite the challenges this presents.

The real question, then, is 'what is the most effective system - tax credits or government grants of some sort'?

International evidence suggests that the most effective R&D comes from direct interaction between scientists in universities or research institutes and business people. This stands to reason. Companies who work closely with scientists will tend to have access to the latest scientific knowledge - and only an R&D grants scheme will likely encourage this behaviour.

By comparison, R&D tax credits are undifferentiated. This is a key problem, since it means they incentivise R&D that might either be pointless, or very good. R&D tax credits don't encourage companies to talk to scientists or seek international expertise, companies just get the money.

This will prove popular - who wouldn't turn down free money? - but it is not good public policy.

Indeed, overseas experience tells us that R&D tax credits (which are popular), tend to lead to companies employing teams of accountants to re-characterise 'normal business activity' as R&D, to qualify for the tax break.

What's more, as the tax credit eventually disappears into 'business as usual' in the company books, an increased credit will be required to re-excite R&D activity. In a sense, R&D tax credits can become a bit like a hard drug; they might make you feel good for a while but you will always need another, bigger hit.

If R&D tax credits are introduced, we can certainly expect to see good take-up and an 'apparent' increase in R&D activity - but whether this activity is real or re-characterised 'normal business' will be a matter for debate.

In my view, an R&D grants system remains the best option for New Zealand. While current grant activities through Callaghan Innovation are not perfect, it is far better to stick with the best process; that incentivises the best behaviour by businesses and encourages them to talk directly to scientists.

I would review what we have. I would look at Callaghan's performance and make the necessary improvements - but I wouldn't throw the baby out with the bath water.

* Phil O'Reilly is the Managing Director of Iron Duke Partners Ltd. He is the former head of Business NZ.