The ACT party's key campaign policy to scrap the Overseas Investment Office is not getting any support from the Opposition or its proposed partner in Government. 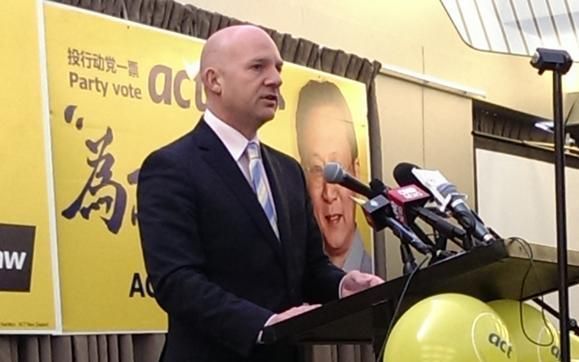 At the party's campaign launch yesterday, ACT leader Jamie Whyte said any foreign investment in New Zealand was a good thing and should be actively encouraged.

He called for the scrapping of the Overseas Investment Office, the regulatory agency that considers applications from foreign buyers to purchase land considered sensitive.

The issue of foreign buyers has become an election issue after it was revealed Taupo's 14,000 hectare Lochinver Station is being sold to a foreign buyer.

The Chinese group Shanghai Pengxin - which also bought the Crafar farms in the Central North Island - is awaiting approval of the sale from the Overseas Investment Office.

With the main opposition parties proposing tighter regulation, or a ban on foreign sales, Jamie Whyte said ACT wanted to deliver the opposite - by abolishing the Office altogether.

The Labour Party said if ACT had its way New Zealanders would have their birthright sold out from under them.

Its leader, David Cunliffe, said it was a ridiculous proposition and would allow open slather on New Zealand land.

He said the sale of land to foreigners was a huge problem and that the ACT Party was out of touch with what New Zealanders wanted.

For his part National Party leader John Key - who is doing a deal with ACT to ensure the party gets into Parliament via the Epsom seat - also dismissed the policy.

Mr Key said although more foreign investment was needed, National had no appetite for loosening the rules.