Last week race was raised as part of the political debate leading up to the general election on September the 20th.

This week the other hoary old chestnut of foreign ownership - although it too has connotations of race - hit the headlines, again over fears about the sale of Lochinver Station near Taupo to Chinese company Shanghai Pengxin.

The proposed sale has prompted outrage from New Zealand First, the Conservative Party, the Greens and Labour.

Labour leader David Cunliffe has said he would stop the sale if he becomes the country's next Prime Minister.

But there's a but. Mr Cunliffe says to let the sale proceed he would need to see solid evidence that there was special reason why overseas ownership would add substantial value to New Zealand, over and above what a New Zealand owner would add.

And if the sale proceeds before the election Labour, even it does lead the next government, will not be in any position to reverse the sale. 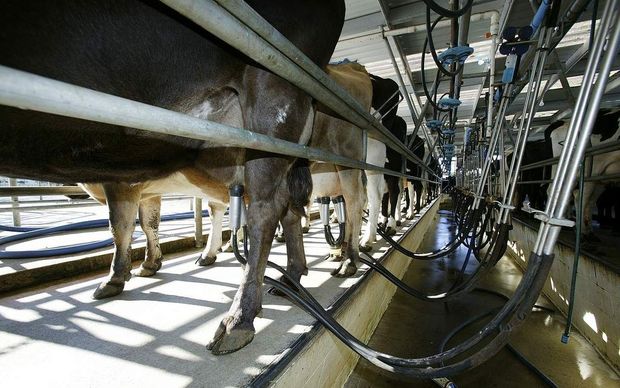 The Prime Minister, John Key, has warned Mr Cunliffe's in a dangerous position because he is prejudging the Overseas Investment Office's decision and that could open the Government up to legal action.

Mr Key, though, is sensitive to public concern about foreign ownership of land. It was not that long ago he warned of New Zealanders becoming tenants in their own land.

Nor is it unusual for sensitivity about land sales to foreign investors to be a political issue. It is clear most New Zealanders, including those who live in cities, have an emotional attachment to the land.

Go back to 1990 just weeks after National had won the election.

The new Lands Minister, Rob Storey, promised to tighten the law governing the sale of land to foreigners after he had approved the sale of the Wairakei international golf course, also near Taupo, to Tokyo-based Japan Golf Systems. Two earlier applications had been rejected by the previous Labour Government.

Mr Storey approved the sale on the basis of a series of voluntary commitments the Japanese investors made to hire New Zealanders and upgrade the course. But there was nothing in the law enabling the Government to enforce those provisions and he proposed legislation to give it that power.

Subsequently though the National Government also made changes to streamline the approval process, leading to accusations it was making land sales to foreigners easier.

New Zealand First has campaigned on the issue ever since and has a clear policy of blocking all land sales to foreign investors.

Labour has also talked tough on foreign investment in land and did toughen the conditions around such sales after it won power in 1999. But it has never suggested it would ban such sales and its tougher conditions appeared to do little to slow the sale of land to foreign investors. As a result, it remains a political itch to be scratched by parties seeking popular support.

It is why Mr Cunliffe has appeared to take such a strong stance on the matter even though it's possible his proposed tougher conditions - whatever they might be - are unlikely to make much difference to the land sales.

The Council of Trade Unions economist, Bill Rosenberg, who has investigated foreign investment trends for years, estimates that more than one million hectares of farmland, including forestry, is in overseas hands. The total figure could possibly go as high as ten percent of New Zealand's farmland.

It contrasts markedly with Mr Key's claims that only one percent of farmland is owned by foreign investors.

Dr Rosenberg's research indicates a much higher level of ownership but he acknowledges the statistics on foreign ownership are confusing. That is why he supports calls for the establishment of a proper database of overseas land ownership in New Zealand.

So far the Government has refused to do so.

Perhaps it does not want robust figures made available. If Dr Rosenberg is right Mr Key would have to intervene.