National's polling average was steady at 50.2% up to early August after two more polls, Colmar Brunton for TV1 and Reid Research for TV3, released on Sunday. Labour's average dropped to 26.4%.

So National has some cause for caution, underlined in a snap poll (the only one done since Nick Hager's book was released) for TV1 which showed 9% of a sample of 500 saying they would now be less likely to vote National. Labour has some cause for hope but off a still low base.

The Greens have held their average at 12.2%. 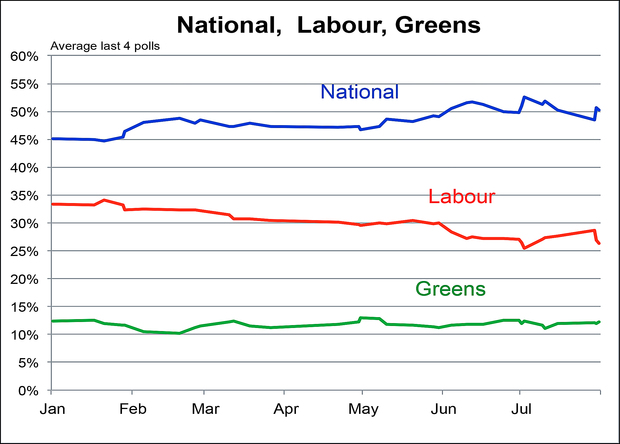 Poll performance of National vs Labour vs Greens (2014). Photo: RNZ

The Fairfax poll helped National maintain its long average lead up to early August over the combined Labour-Green vote, after a dip to 7.6%. The latest average lead was 11.7%. 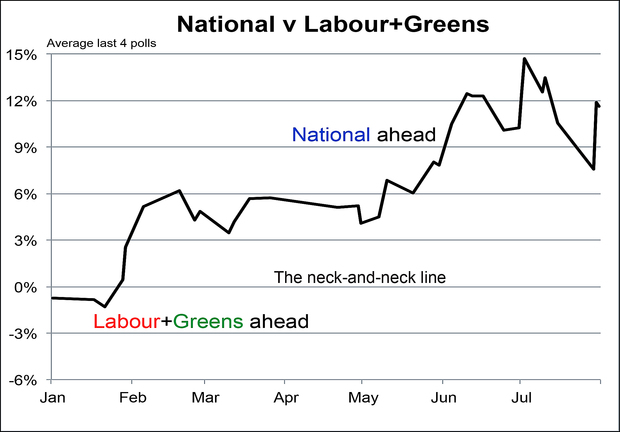 Poll performance of National vs Labour and Greens (2014). Photo: RNZ

Internet-Mana has been picking up support: its average to early August was 2.7%. New Zealand First remained within striking distance of the 5% hurdle, with 4.0%. The Conservatives were 2.5%, the Maori Party 0.9%, ACT 0.5% and United Future 0.1%. 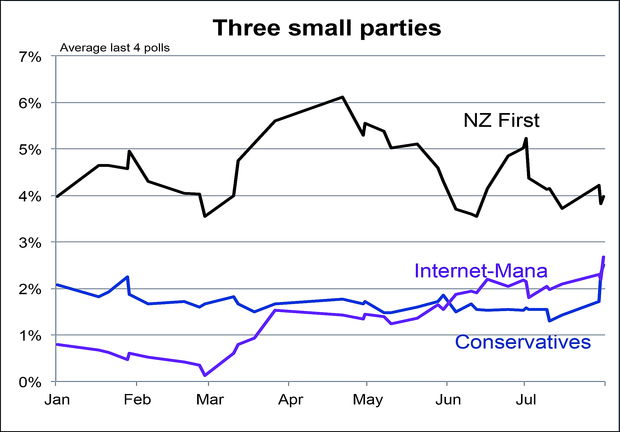 There has been no new Morgan poll, so the right-track-wrong track reading is unchanged. 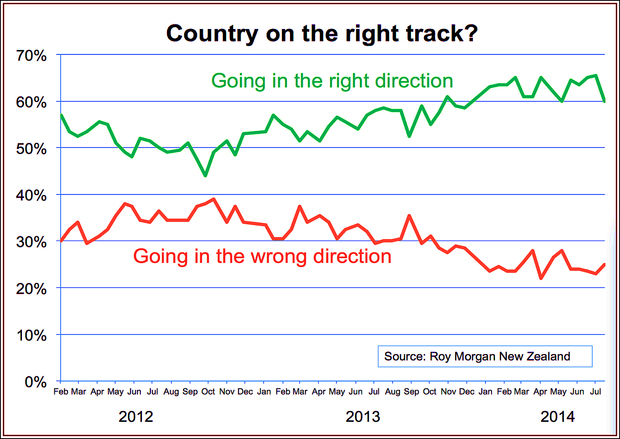 (The POLL of POLLS is an arithmetical average of the four most recent major published polls* and will appear in a special series of election columns by Colin James on radionz.co.nz until after the election on 20 September.

*The polls from which the last four at any one point are drawn are: TV1 Colmar Brunton, TV3 Reid Research, Fairfax Media-Ipsos, NZ Herald DigiPoll, Roy Morgan New Zealand (only one of its two-a-month is included) and UMR Research, which is not published. The four polls included in the average up to early August were, in date order, UMR, TV3, Fairfax and TV1. The poll on whether the country is going in the right or wrong direction is from Roy Morgan New Zealand.)