The Black Caps narrow win over the West Indies in their Cricket World Cup match at the weekend has come at a price. 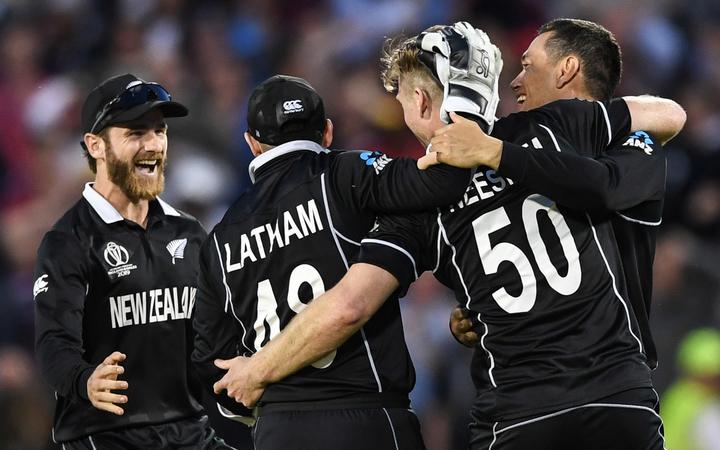 Kane Williamson and the Black Caps celebrate their win over the West Indies. Photo: Photosport

The New Zealand skipper Kane Williamson side has been fined 20 percent of his match fee and the other players 10 percent for a slow over rate.

Match referee David Boon ruled the Black Caps had bowled one over short of their target after time allowances were taken into consideration.

If the Black Caps commit another over-rate breach during the tournament Williamson will face suspension.

New Zealand moved to the brink of securing a spot in the World Cup semi-finals with a thrilling five-run victory over West Indies.

The Black Caps next game is against Pakistan in Birmingham on Wednesday.

Meanwhile Indian captain Virat Kohli has been fined 25 percent of his match fee for excessive appealing in their narrow World Cup victory over Afghanistan.

He's also had one demerit point added to his disciplinary record after being found to have approached umpire Aleem Dar in an aggressive manner when appealing a LBW decision.