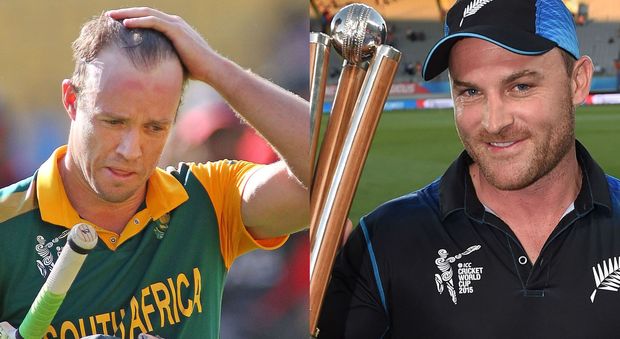 McCullum's aggressive captaincy and equally front-foot approach to batting have confounded most of the opposition, while de Villiers, virtually unstoppable at the crease, has scored three centuries at the tournament.

In Auckland tomorrow, they go head-to-head in the first semi-final. As cricket fans are obsessed with stats, here's what ESPN CricInfo reveals about the dynamic duo: