South African captain AB de Villiers says his side's 146-run victory over UAE in their final World Cup Pool B encounter was exactly what the team needed heading into the quarter-finals. 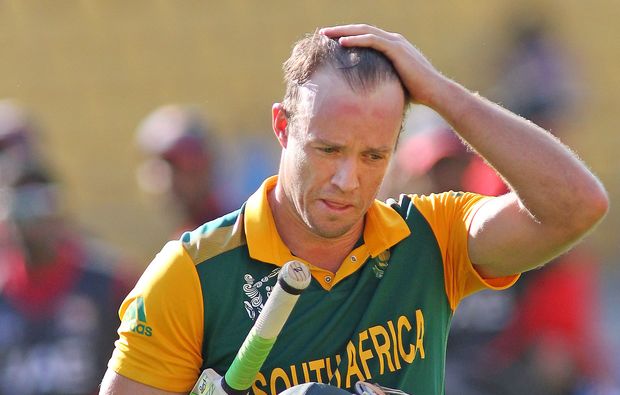 De Villiers' side have experienced an inconsistent campaign and were still to secure qualification for the last eight before the match in Wellington.

South Africa had displayed their best form when twice registering scores of more than 400 runs but also appeared vulnerable in losses to India and Pakistan, raising doubts over the side's ability to shake off their 'World Cup chokers' tag.

"I won't say 'yes that win has given us the confidence to believe that we are better than ever' but those games need to be respected and the boys rocked up with a great attitude," says man of the match De Villiers, who scored 99 runs in a 341 for six total.

The UAE were dismissed for 195 with Fahad Alhashmi unable to bat after injuring his leg while bowling.

"It was a good performance. Those are always tricky games. I thought they bowled pretty well up front and made it difficult for us (and)... they made us work for our runs."

"Everyone bowled nicely. Very happy with the fielding display as well. Those kind of opportunities will help us going into the knockout rounds."

De Villiers said South Africa probably had some selection issues ahead of their quarter-final, likely to be against Sri Lanka in Sydney presuming the remaining Pool A matches go as expected.

Faf du Plessis, who did not play due to a back injury should be fit in time for next Wednesday's clash with Rilee Rossouw, who scored 43 against the UAE and pulled off three spectacular catches and Farhaan Behardien (64 not out) likely to be competing for a spot.

Wicketkeeper Quinton de Kock, who scored 26, still had De Villiers' support despite a lean spell of runs, in which he has totalled just 53 in six innings.

The captain says De Kock is a potential match winner, while there's also another reason why he wants to ensure the 22-year-old wicketkeeper remains in the team.

"I don't want to keep... It really puts a lot of pressure on me as a captain. I've got more time without the gloves in hand... I feel I can get to my bowlers, communication is much better. So it will be a last resort for us to move in that direction."