The West Indies have easily beaten the United Arab Emirates by six wickets to book a clash with the Black Caps in the Cricket World Cup quarter-finals. 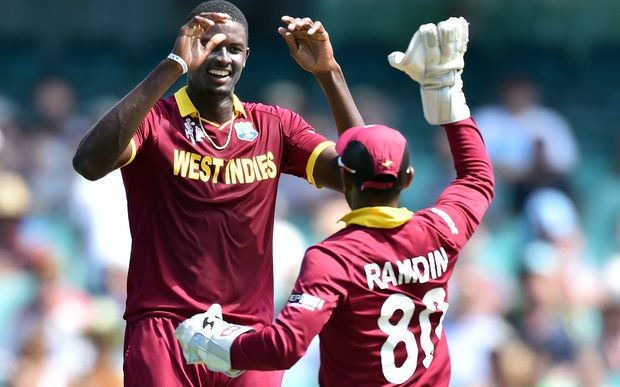 They comfortably chased down the UAE's total of 175 in just over 30 overs.

A surge from fast bowlers Jason Holder and Jerome Taylor had the UAE struggling on 46 for six at one stage.

But an innings-saving partnership from Amjad Javed (56) and Nasir Aziz (60) gave their opponents a worthwhile score to chase.

Holder was the pick of the West Indies bowlers, taking four wickets for just 27 runs in 10 overs.

In reply, Johnson Charles and Jonathan Carter both scored half centuries, as Chris Gayle sat on the sidelines nursing a nagging back injury.

Charles hit eight boundaries and two sixes in his first 50 runs, which came off 34 balls, before he was dismissed for 55 trying to up the tempo even further.

The left-handed Carter scored at almost a run a ball before he achieved his maiden half century and finished on 50 not out as he and Denesh Ramdin (33) saw their team home with an unbroken 58-run partnership.