India have beaten Zimbabwe by six wickets at Eden Park to top their Cricket World Cup group in their last pool game, with six straight victories.

India now face a quarter-final against Bangladesh on Thursday at the MCG. 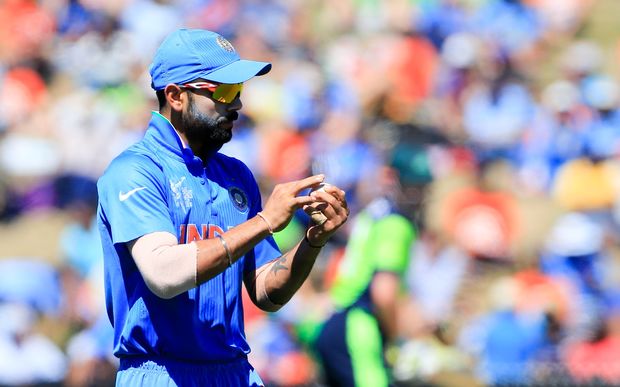 The Zimbabweans battled back from losing early wickets to post a competitive 288 all out, after being sent in to bat at Eden Park, and the Indians made early inroads into Zimbabwe's top order. Three wickets fell after 11 overs, the Africans struggling at 33 for three.

But a decent partnership for the fourth wicket resurrected Zimbabwe's innings, with Brendan Taylor and Sean Williams putting on 98 runs before Williams fell for 50, while the retiring Taylor ended his international career at the batting crease in style, dismissed for 138 late in the 42nd over.

Taylor had guided his country to 235 for five at that point but they didn't add too much from there, dismissed for 287 with seven balls remaining.

Set a challenging 288 to win, India made hard work of it early on, the World Cup holders losing four wickets before reaching the hundred mark.

India captain Mahendra Singh Dhoni then hit 85 and Suresh Raina 110 in an unbroken 196 partnership which ensured India and co-hosts New Zealand are the only unbeaten teams going into the knockout stages.

The game was a dead rubber, as India had already topped their pool with four wins from four, while Zimbabwe cannot now qualify for the knockout phase.