Italian Prime Minister Giuseppe Conte outlined a further loosening of movement restrictions on Saturday, including opening borders to travellers from Europe from next month to unwind one of the world's most rigid coronavirus lockdowns. 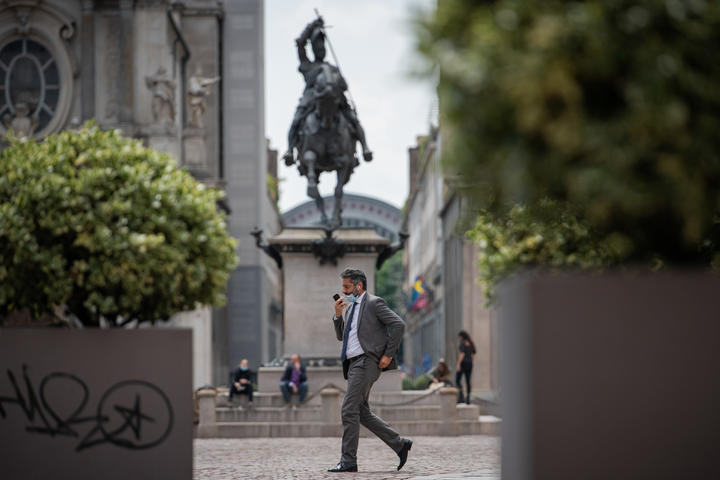 With shops as well as bars and restaurants due to reopen from Monday, the government has also announced that people will no longer have to justify travel within their own region and will be able to meet friends as well as family.

"People will be able to go wherever they want - to a shop, to the mountains, to a lake or the seaside," he said.

The announcements came as coronavirus deaths in Italy, the third-highest in the world, fell to 153 on Saturday, the lowest since 9 March.

A ban on travel between regions and abroad will remain in place until after Italy's 2 June Republic Day holiday, preventing any mass travel over that long holiday weekend.

But all travel curbs will be lifted from 3 June, and travellers from European Union countries will be able to enter without going into quarantine, offering some hope ahead of the summer to the vital tourism sector.

Conte said the decision to lift curbs was a "calculated risk", but added: "We're facing this risk and we have to accept it because otherwise we will never get started again."

Italy has had about 31,800 Covid-19 deaths since the disease first emerged in the northern region of Lombardy on 21 February, the highest total in the world after the United States and Britain.

In a bid to contain the contagion, Italy was the first European country to impose nationwide restrictions in March, not sanctioning an initial relaxation of the rules until 4 May, when it allowed factories and parks to reopen.

The changes announced by Conte take the process further. While large public gatherings will still be banned, church and other religious services can resume and museums and galleries will also be able to open.

Gyms, swimming pools and sports centres will reopen on 25 May, while theatres and cinemas can reopen from 15 June. 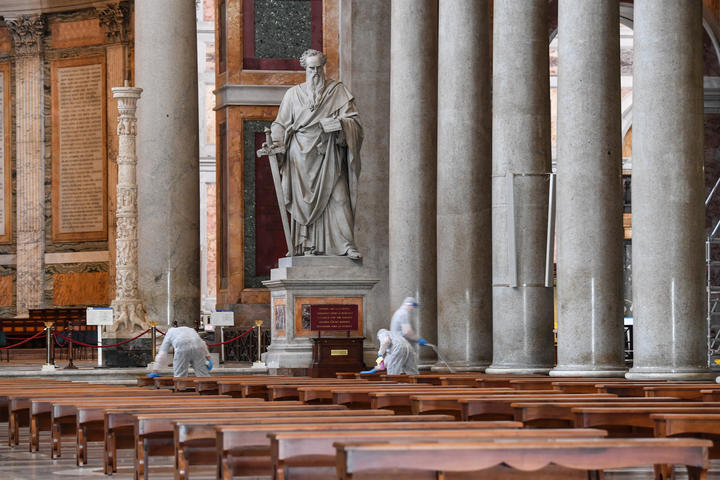 Men clean the floor and surfaces of the churchyard of the Basilica of Saint Paul Outside The Walls in Rome, on 16 May. Photo: AFP

With its economy facing severe recession and public debt expected to spiral to more than 150 per cent of its annual economic output, the government has been desperate to get the country back to work without triggering a second wave in the epidemic.

Some regions had pushed for a swifter rollback, but Conte has insisted on a gradual return to normal. However, regions will have scope to decide individual measures as long as safety measures are respected.

People in quarantine or suffering from Covid-19 symptoms will have to remain in isolation and social distancing rules will continue to apply, and people are still advised to wear masks inside or on crowded streets.