Measures to curb the spread of coronavirus will be kept in place in Paris when the lockdown is eased in other parts of France. 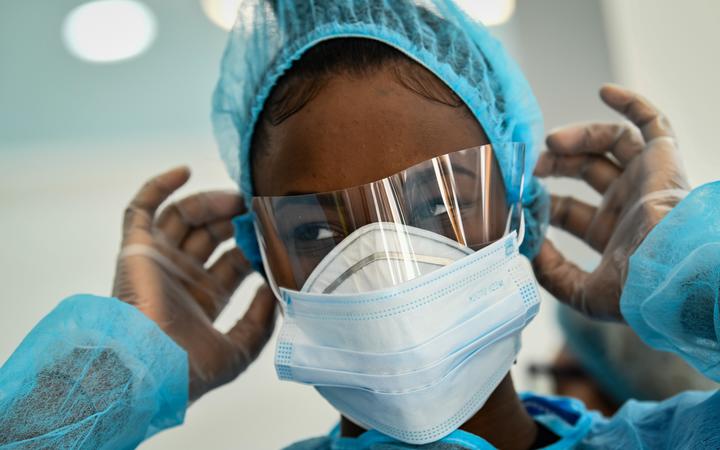 A medical worker at a centre in Paris testing for Covid-19 adjusts her protective face mask. Photo: AFP

Prime Minister Edouard Philippe said the country was "cut in two" in terms of the rate of infections. Restrictions will remain in the capital and north-eastern regions.

France is preparing to relax its lockdown on Monday, with shops and some schools allowed to reopen.

The country has suffered one of the highest Covid-19 death rates in Europe.

More than 25,800 people there have died from the disease in hospitals and care homes, but the number of new cases has also fallen in recent days.

Restrictions introduced on 17 March would be lifted over the course of several weeks, Philippe said on Thursday.

The government has issued a colour-coded map of the country, splitting it into green and red areas depending on the rate of infection.

Restrictions will be eased more in the green areas than the red for the time being. 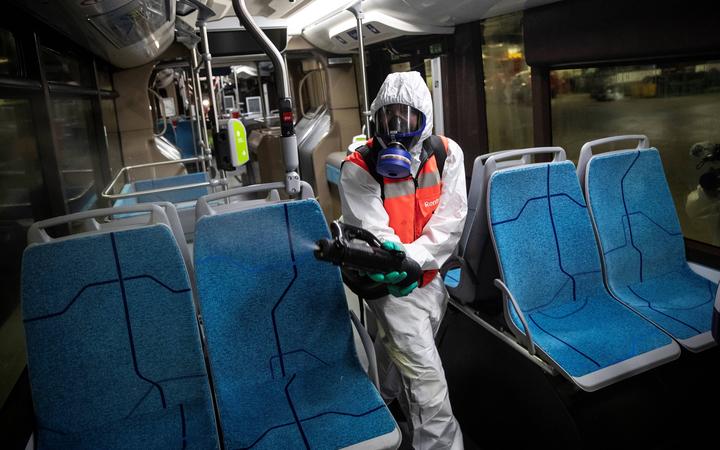 A cleaning worker disinfects a bus in Paris on 5 May. Masks must be on worn on France's public transport when lockdown measures ease. Photo: AFP

To begin with, primary schools and most businesses will be allowed to reopen in both zones. Cafes, restaurants and secondary schools will be able to reopen in June in the green zones, infection rates permitting, Philippe said.

Masks must be on worn on public transport, which will be disinfected at least once a day, and stores will have the right to ask shoppers to wear them. Social distancing rules will also stay in place.

But for the first time since the lockdown began, people everywhere (except the French Indian Ocean island of Mayotte) can go back to work and leave home without downloading a permit.

Video surveillance cameras will monitor how many people are wearing masks and staying at least a metre (3ft) apart.

In other developments in Europe:

Restrictions in Moscow are to be extended until 31 May, the city's mayor has said

Greece will reopen museums in June, the culture ministry says. Tourism is a vital part of the Greek economy.