Thousands of tourism and aviation workers have been left reeling in the wake of widespread redundancies. 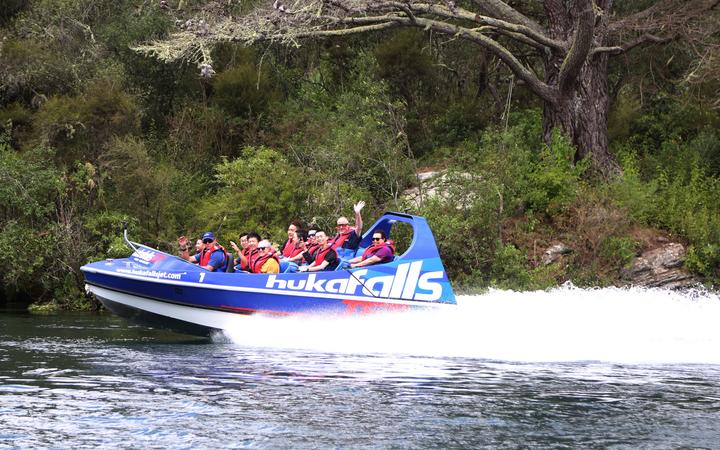 With the borders closed due to Covid-19, the tourism industry is feeling the squeeze all over the country. Photo: 123RF

This is an industry that previously supported close to 400,000 jobs. Now businesses are scrambling for capital, cutting their size, and many are entering hibernation.

For one North Island hotel worker who asked to remain anonymous, her Covid-19 experience turned her life upside down.

She's facing the prospect of living in a caravan with her husband, their son, cat and dog with no electricity or running water after her employer made them redundant, leaving them just one part-time wage between them to survive on.

"It was completely unexpected, especially as we'd managed to increase occupancy hugely through sheer work and determination, using contacts and negotiations. Completely turning a situation around, and to receive an email that we were being terminated was a complete shock," she said.

They were about to build a house and were just waiting to sort out their mortgage.

"Everything has literally been turned on its head as far as not being able to proceed with a mortgage, job loss, and homeless. We've never ever felt so displaced and hopeless, helpless."

They've got until the end of level 3 to move out of the hotel and into a rental or they'll be stuck in the caravan.

"We will have to have some support. My current wage doesn't even cover the rent. We will be relying on some support obviously to help get us through to a level where we can actually see a way forward. We've never been in this situation so we're not sure what support or where to go," she said.

When former flight attendant Teresa received a redundancy email after 13 years of flying, she felt lost.

It meant a world of new challenges for them.

"Now having to look for another job that itself is a challenge. And just talking to colleagues, they don't know where to start and that's where (we've) just been helping each other, reaching out."

But less than two weeks after being made redundant, she was offered a job at Eat My Lunch, a social enterprise she's been volunteering at for the past three years.

Teresa said she was grateful to be offered the job and to be able to find work for some of her work mates.

"It's been really great to be there and also to be able to talk with my colleagues. With this whole redundancy situation, it all happened just as New Zealand was going into alert level 4 so we weren't able to get together and hug and have a little cry. To have us together, that's been great for the morale."

This week, one of the country's largest tourist operators, Ngāi Tahu Tourism, announced hundreds of jobs will be cut as it expects to write off the equivalent of the last five years of profit.

Skyline Enterprises, which operates the Queenstown and Rotorua gondolas and Christchurch Casino among other businesses, more than halved its workforce.

Domestic tourists could be a salvation

Tourism Industry Aotearoa chief executive Chris Roberts said the final job tally in the industry was unknown, but the reduced travel restrictions at level two would save some.

"There's no accurate picture, but we know that thousands of jobs will have already gone and many more will yet go unfortunately.

"But the opportunity to look after the domestic visitors means that we'll save many thousands of other jobs. Without this opportunity, the outlook would have been far, far worse for those tourism businesses who are still hanging on," Roberts said.

He understood the government had received more than 200 job creation proposals.

"Hopefully the right decisions are made and there are opportunities to re-employ many of the thousands of tourism workers who will be losing their jobs while they wait for the rebuilding of our tourism industry, and we can get those people back into the industry as soon as we are able, as soon as we have customers again," Roberts said.

The industry - and the country - finds out on Monday when we go to level 2, at which point domestic travel can resume.