The coronavirus that causes Covid-19 could become endemic like HIV, the World Health Organisation says, warning against any attempt to predict how long it would keep circulating and calling for a "massive effort" to counter it. 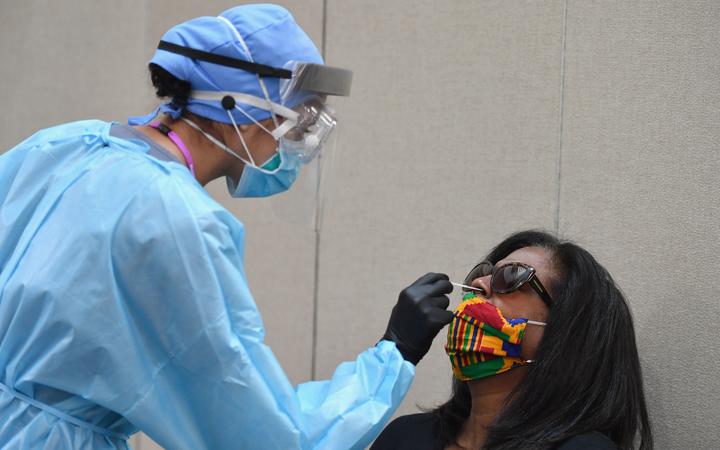 A nurse tests a woman for Covid-19 at a clinic set up in a church in Harlem, New York. Photo: AFP

"It is important to put this on the table: this virus may become just another endemic virus in our communities, and this virus may never go away," WHO emergencies expert Mike Ryan told an online briefing today.

"I think it is important we are realistic and I don't think anyone can predict when this disease will disappear," he added. "I think there are no promises in this and there are no dates. This disease may settle into a long problem, or it may not be."

However, he said the world had some control over how it coped with the disease, although this would take a "massive effort" even if a vaccine was found - a prospect he described as a "massive moonshot".

More than 100 potential vaccines are being developed, including several in clinical trials, but experts have underscored the difficulties of finding vaccines that are effective against coronaviruses.

Ryan noted that vaccines exist for other illnesses, such as measles, that have not been eliminated.

WHO director general Tedros Adhanom Ghebreyesus added: "The trajectory is in our hands, and it's everybody's business and we should all contribute to stop this pandemic."

Governments around the world are struggling with the question of how to reopen their economies while still containing the virus, which has infected almost 4.3 million people, according to a Reuters tally, and led to more than 291,000 deaths.

The European Union is pushing for a gradual reopening of borders within the bloc that have been shut by the pandemic, saying it was not too late to salvage some of the northern summer tourist season while still keeping people safe.

US President Donald Trump has described as not acceptable a warning given by top infectious disease expert Anthony Fauci this week about the dangers of reopening the economy and schools too quickly.

"To me it's not an acceptable answer, especially when it comes to schools," Trump told reporters at the White House when asked about Fauci's warnings to senators yesterday about the risks of reopening the schools and economy too soon.

Fauci, who directs the National Institute of Allergy and Infectious Diseases, also warned that a premature lifting of lockdowns could lead to additional outbreaks of the deadly coronavirus, which has killed more than 82,000 people in the United States and brought the economy to its knees.

Trump, in contrast, said the only thing that would be acceptable would be professors or teachers "over a certain age" not holding classes. "I think they ought to take it easy for another few weeks," he added.

"We want to do it safely, but we also want to do it as quickly as possible. ... We have to get it open. I totally disagree with him on schools," Trump said.

The president, who previously made the strength of the economy central to his pitch for re-election in November, has encouraged states to reopen businesses and schools that were shuttered to halt the spread of the virus. 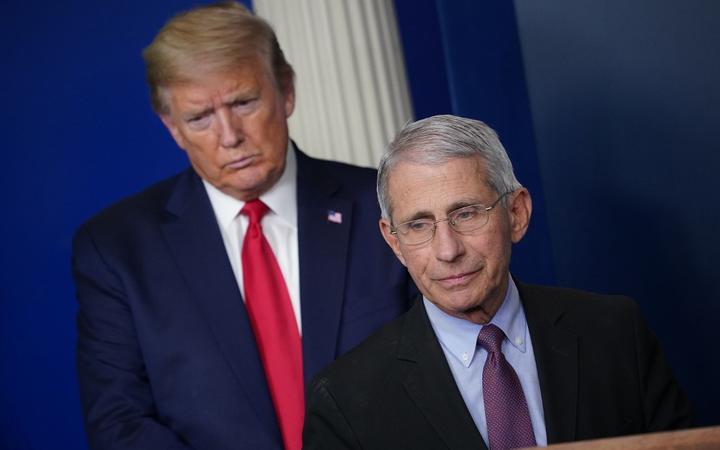 Prime Minister Giuseppe Conte had promised to introduce the measures last month, but repeated rows within his increasingly shaky coalition over various aspects of the decree, which runs to almost 500 pages, led to repeated holdups.

Rome has forecast that the economy will contract by at least 8 percent this year as a result of the Covid-19 epidemic, which has so far killed 31,106 people in Italy - the third-highest death toll in the world after the United States and Britain.

After a two-month lockdown, tight restrictions on businesses and movement are being gradually rolled back.

The stimulus package, which follows an initial 25 billion-euro package introduced in March, includes a mix of grants and tax breaks to help firms ride out the downturn. It also offers help to families, including subsidies for childcare and incentives to boost the ravaged tourism sector. 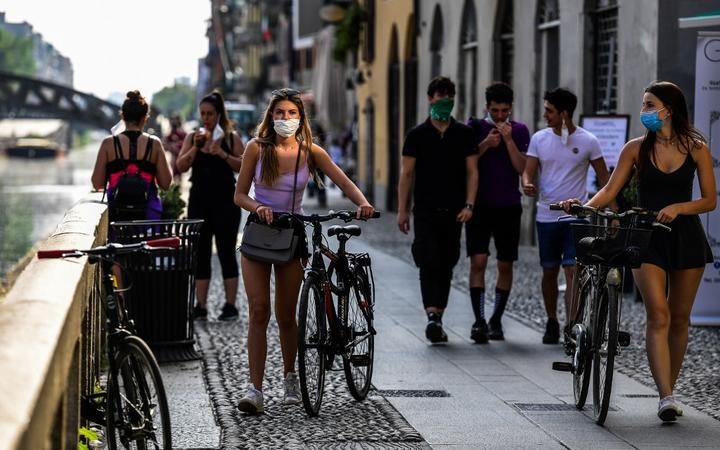 People stroll by the Navigli canal in Milan, one of Italy's worst affected cities for Covid-19. Photo: AFP

Up to 100 children in the UK have been affected by a rare inflammatory disease linked to coronavirus, medics say.

Some needed intensive care while others recovered quickly - but cases are extremely rare.

In April, NHS doctors were told to look out for a rare but dangerous reaction in children. This was prompted by eight children becoming ill in London, including a 14-year-old who died.

Doctors said all eight children had similar symptoms when they were admitted to Evelina London Children's Hospital, including a high fever, rash, red eyes, swelling and general pain.

Doctors are describing it as a "new phenomenon" similar to Kawasaki disease shock syndrome - a rare condition that mainly affects children under the age of five. But this new syndrome is also affecting older children up to the age of 16, with a minority experiencing serious complications.

Prof Russell Viner, president of the Royal College of Paediatrics and Child Health, said the majority of children who have had the condition have responded to treatment and are getting better and starting to go home.

China-linked hackers are breaking into American organisations carrying out research into Covid-19, US officials said, warning both scientists and public health officials to be on the lookout for cyber theft.

In a joint statement, the Federal Bureau of Investigation and the Department of Homeland Security said the FBI was investigating digital break-ins at US organisations by China-linked "cyber actors" that it had monitored "attempting to identify and illicitly obtain valuable intellectual property and public health data related to vaccines, treatments, and testing from networks and personnel affiliated with Covid-19-related research."

The statement offered no further details on the identities of the targets or the hackers. The Chinese Embassy in Washington condemned the allegations as "lies."

A 28-year-old sumo wrestler infected with the novel coronavirus has died, becoming the first sumo wrestler to die from the deadly virus, the Japan Sumo Association announced today.

Shobushi made his professional debut in 2007 out of the Takadagawa stable and his best career ranking was No 11 in the sandanme division, the fourth highest division.

Latest figures show 16,759 people have been infected with coronavirus in Japan, leading to 691 deaths.

Lesotho recorded its first case of Covid-19 today, becoming the last country in Africa to be afflicted by the virus.

The health ministry said it had conducted 81 tests for Covid-19 from travellers from South Africa and Saudi Arabia, of which one was positive. It was awaiting results from 301 other tests.

The remote, high-altitude kingdom, nestled in a South African mountain range, had previously been spared the coronavirus, although its bigger, more industrialised neighbour has recorded more than 10,000 cases. 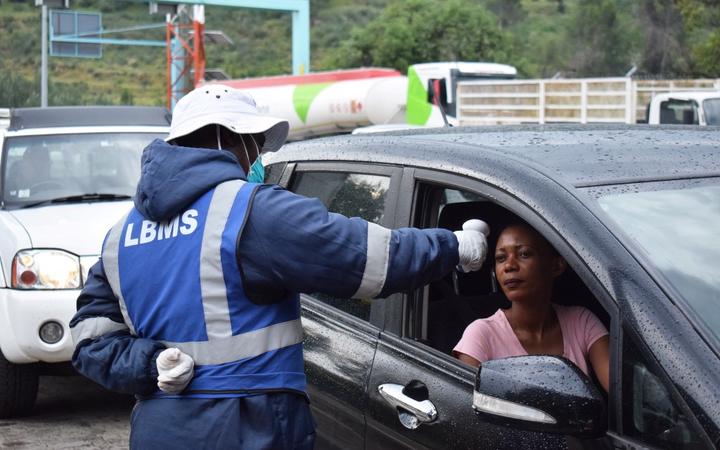 A woman is tested for Covid-19 at the Maseru bridge in in Maseru, Lesotho. Photo: AFP