The joint New Zealand and Australian Anzac Day services at Gallipoli will be cancelled due to the ongoing Covid-19 risk and travel restrictions, Prime Minister Jacinda Ardern says. 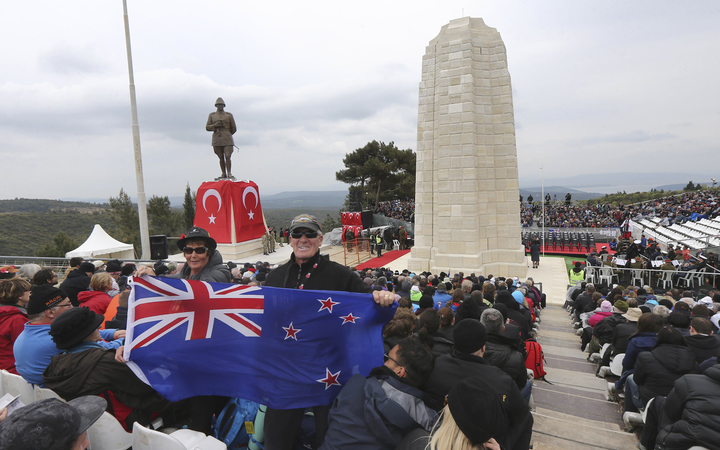 A couple hold a New Zealand flag at a memorial service in April 2015 in front of Ataturk Memorial on Chunuk Bair near Anzac Cove in Gallipoli. Photo: AFP

Prime Minister Jacinda Ardern said the decision, made in conjunction with Australia, was deeply sad but it was not practical to go ahead.

"The Gallipoli services in particular have become a pilgrimage of sorts for many New Zealanders. But with global travel restrictions and isolation requirements in place in most countries it is simply not practical to hold this year's event," Ardern said in a statement.

The cancellation covers the Anzac dawn service, the Australian Lone Pine service and the New Zealand service at Chunuk Bair.

Defence Minister Ron Mark said the cancellation of the services next month would usually be considered unimaginable but the government must protect its people in unimaginable times.

No decisions have yet been made on Anzac Day commemorations around the country but any services will need to meet new guidelines including the ban on gatherings of more than 500 people.

The government would be discussing this further with the RSA in coming weeks. 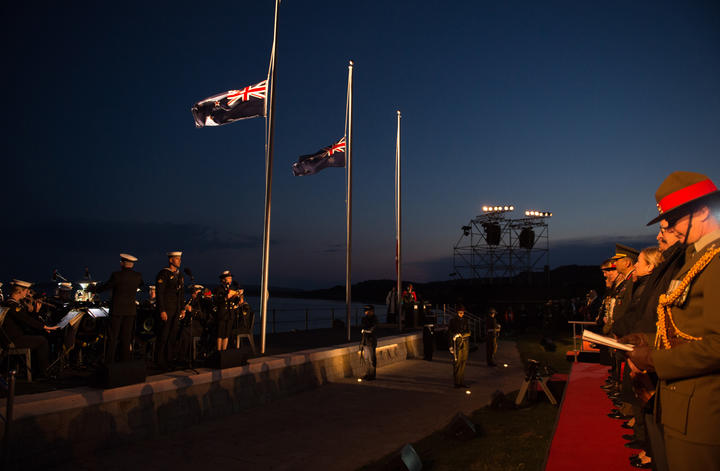 The dawn service at the Anzac commemorative site, Gallipoli, in 2018. Photo: NZDF

The Gallipoli Anzac Day services are jointly organised by Australia and New Zealand under an agreement between the two governments. Ardern and Australian Prime Minister Scott Morrison have been in direct contact about the decision, the statement said. Turkish authorities which host the events had been advised.

Gallipoli is the biggest overseas Anzac Day commemoration New Zealand jointly runs with Australia. The Ministry of Foreign Affairs and Trade leads on other commemorations in capitals across the world, and decisions on these are being made on a case by case basis.