Nations are pouring money into stimulus packages to counter the impact of the Covid-19 pandemic that has sent economies spinning towards recession. 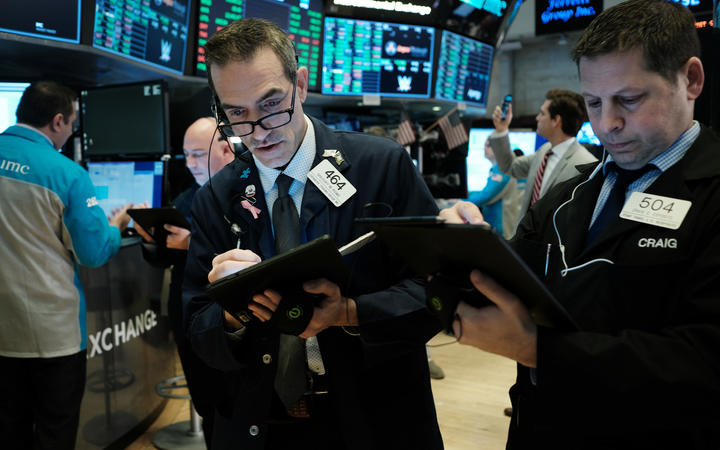 Global financial markets remain turbulent as a massive slowdown in economic activity as the coronavirus takes hold across Europe and the US.

In the US, shares rebounded almost 6 percent after steep falls on Monday. London's FTSE 100 has also jumped 2.5 percent after being down more than 1 percent earlier on Tuesday. Other major European markets are making similar moves.

Governments have announced fresh financial aid measures to helped bolster growth. The New Zealand government yesterday unveiled a $12.1b package to combat the impact of Covid-19, to take effect immediately.

In the US, President Donald Trump's administration was seeking $US850 billion for a stimulus package, according to a US government official who spoke to Reuters. The package would include $U50 billion for airlines - hard hit by the pandemic - and $250 billion for small business loans.

The administration said it was considering sending checks to Americans so they have cash to spend during the coronavirus crisis.

Treasury Secretary Steven Mnuchin, appearing with Trump in the White House press briefing room, said he was talking with congressional leaders on a plan to send checks immediately to displaced Americans. Trump said some people should get $1000.

The US government has also increased the amount of tax payments that can be deferred, Treasury Secretary Steve Mnuchin said on Tuesday.

Canadian Prime Minister Justin Trudeau said on Tuesday his government would provide financial support to people as he urged them to stay at home to slow the spread of the coronavirus.

Direct support for people who do not qualify for unemployment benefits and money for businesses that keep people on the payroll even if they stay home are among the possible measures, Trudeau said.

Sunak said that equated to 15 percent of its gross domestic product.

Other measuresincluded a three-month mortgage holiday for people in difficulty and an extension of a suspension of a property tax paid by small companies to all businesses in the hospitality and leisure sectors.

Spain announced a massive €200 billion package to help companies and protect workers and other vulnerable groups .

Spain will pay benefits to workers temporarily laid off and suspend mortgage payments for those whose employment has been affected by the outbreak, among other measures.

"These are extraordinary measures, without precedent in our country's democratic history," Prime Minister Pedro Sanchez told a news conference attended remotely by journalists.

On Monday, French President Emmanuel Macron said his government would guarantee €300b of loans, and pledged that no French company would be allowed to collapse.

As the region's transport ministers prepared to discuss financial support, the Airlines for Europe group called for widespread tax deferrals "to ensure that as many airlines as possible survive" the crisis.

The call came as the aviation industry's main global body, IATA, said that the total support needed from governments worldwide could reach $US150b to $US200b.