"This is the rainy day". With those words the Finance Minister unveiled the largest peace-time rescue fund "in modern New Zealand history". 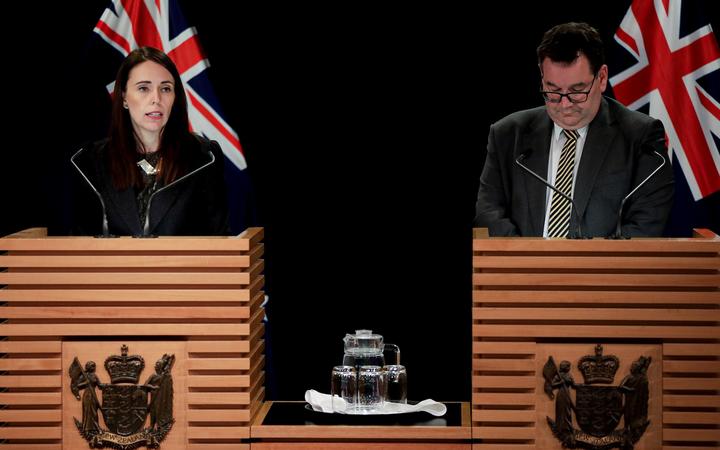 The $12.1 billion package targets immediate pressure areas that could easily spiral into crisis; the public health system and the economy if riven by job losses.

The health system needs an immediate shot of cash to make sure there's plenty of capacity to track down people who've been in contact with those carrying the virus, for widespread testing and the facilities to treat people if the outbreak escalates.

Keeping people in jobs is not only important for their own personal situation, but it's crucial to keep experience and capacity in various industries to help businesses and the broader economy gear up once a recovery is in sight.

This package is aimed at avoiding the vortex of a major outbreak, people sick and dying and the economy collapsing under the pressure.

If anyone needed reminding of the scale of Covid-19, this is only the first of many phases of the government response - Finance Minister Grant Robertson has seen expected year on year surpluses disappear before his very eyes and is instead preparing for an economic shock not seen in recent times.

By pumping enough money into the health system and into business, the Government is hoping to get ahead of the crisis coming hard and fast at New Zealand.

No doubt it was already looking at raising benefit levels in the May Budget and has brought the immediate $25 a week increase forward, alongside the doubling of the Winter Energy payment for this year. That will give some of New Zealand's poorest and the elderly - the group most vulnerable to Covid-19 - extra cash in the hand, money that's likely to straight back into the economy.

The $600 million for the aviation industry will not go to the national carrier Air New Zealand; that is a vital strategic asset and talks with the Government are underway, needless to say some kind of government assistance will be needed.

Opposition is a crucial part of the democratic process, but has National Party leader Simon Bridges got the tone right?

Today he pushed the point in Parliament that while beneficiaries get a pay day, some businesses won't get the support they need.

"Bluntly, what we see in this package today is money flowing faster into the hands of beneficiaries than the workers and the businesses that will lose their businesses and their jobs over coming weeks and months.

"You know, that to me is a crying tragedy."

The package had "confused priorities", he told the House.

The $150,000 cap means companies can only get subsidised for up to 21 employees; Bridges says he would have considered a much higher cap or even no cap at all, but didn't have the Treasury analysis to know how much that would potentially cost.

National has been active and vocal on Covid-19, raising areas of concern about testing, border controls and now the size and shape of the support package - all part of its role as the opposition.

Bridges will have to balance his instinct to attack against a potential backlash if the public reacts negatively, while still holding the government to account. It's his opportunity to act like a Prime Minister in waiting.

The biggest political pressure is on the Prime Minister and the Finance Minister. Their legacy will be how New Zealand is shepherded through this crisis.

Robertson says the May Budget will be "recast" as a Recovery Budget; a far cry from what would have been an election year spend up with plenty of fiscal room to move.

Now he's digging in for deficits for years, and the hard grind of economic recovery once New Zealand is over the hump.

Given the uncertainty of how long Covid-19 will continue to disrupt economies and the true scale of the damage, Robertson is right not to be writing open cheques because the demands on the Government may look very different even a few months from now.

Even so it is now openly saying many businesses might not make it through the 12 weeks covered by the wage subsidy, the brutal reality of what lies ahead.