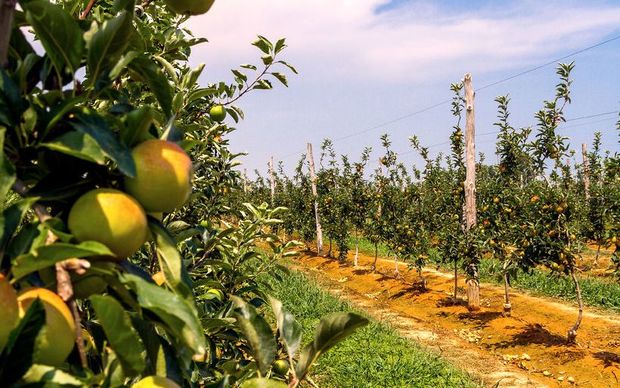 The devastating Boxing Day hail event which hit most of the Tasman district could cost it more than $100 million and locals say the government's been silent about coming up with support.

Some apple, kiwifruit, and hop growers lost their entire production and they describe the event as the worst in living memory.

Insurance will not cover all the losses and the impact will be felt well beyond this season.

Kiwifruit growers' group (NZKGI) chief executive Nikki Johnson said two and a half million trays of kiwifruit were lost, about half the region's crop, and while not nationally significant, for the region it's devastating.

Not only was this season's fruit lost, but on some orchards, vine damage was so severe it would be difficult to get a crop next year too, Johnson said.

She said growers need more financial support from the government.

NZKGI had written to the ministers of finance, agriculture and economic and regional development asking for wage subsidies to keep people employed and for more mental health support, Johnson said.

"The criteria to declare an adverse event doesn't seem well suited to the situation because it is a small geographical area and the rules around declaring an adverse event require it to be a large area and flexibility on that is what we would like to see."

Meanwhile, Riwaka kiwifruit and apple orchardist and packhouse owner Paul Thomas said it was a similar story for apples when it came to long term impacts.

It was too early for crop loss estimates, but it could be half the region's apples and some trees were so stressed they would not be able to set themselves up for next season's fruit, he said.

Thomas said growers were worried they would lose experienced staff.

"There are a lot of growers that have lost 100 percent of their income and won't have any income for 15 months at the earliest and then it won't be what it should have been so they are really feeling the pinch," he said.

"Its a bit of a catch-22 situation, where they let their staff go they might survive but where do you go from there when you get into the next year?

"It is a really tough situation people are in."

Thomas said they were looking for more direction from the government for help.

"As a region, we are severally impacted, not just as growers but all of the service industries that rely on those funds coming in from the export of fruit.

"It is going to have a flow-on effect on our district."

Minister of agriculture Damien O'Connor said it would be weeks, not days, before various government departments could outline what assistance was available.

O'Connor said the events did not strictly meet MPI requirements of an adverse event but he acknowledged help was needed so growers did not lay off staff who would then go on to a benefit.

"All these things are flexible and things like taxation payments and obligations through IRD are things we can work through to make sure there is as much flexibility and opportunity for growers to get through this season.

"The flow-on is right through the retail sectors as well so we have to make sure when do something like this, we set a precedent and it is fair to everyone."

O'Connor said the government acknowledged the importance of horticulture to the Tasman district.