Kiwifruit have come a long way since their days as a niche exotic fruit known as the Chinese gooseberry.

Sarah Johnston tracks the highs and lows of the fuzzy fruit’s journey, through recordings held in the sound archives of Ngā Taonga Sound & Vision. 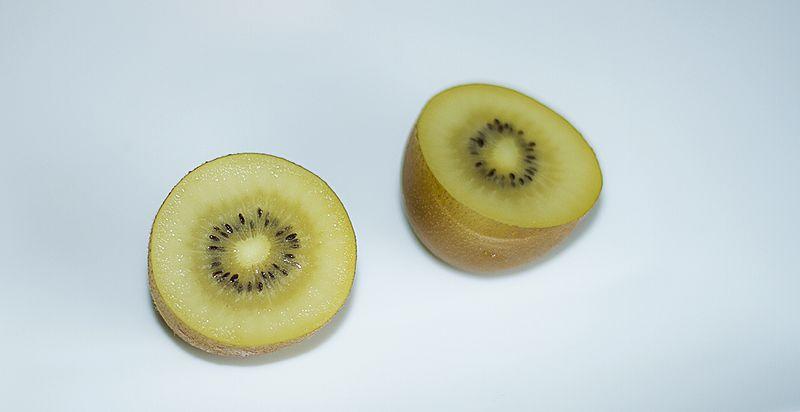 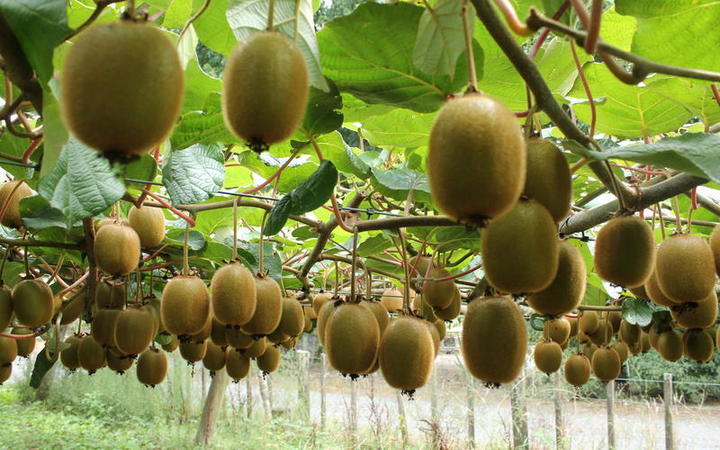 Kiwifruit were first introduced to New Zealand in the 1900s by a woman who was principal of Whanganui Girls College after she had been out visiting schools in China and brought back seeds.

In China they are called the Monkey Peach, but back here people thought they tasted like gooseberries, so people began to call them the Chinese Gooseberry.

In the 1950s there was a pioneering Te Puke kiwifruit grower Jim McLoughlin and he started exporting them in that decade to the UK.

In the mid-1980s his son Peter, also a kiwifruit orchardist, was interviewed by Spectrum and recalls that Chinese gooseberry exports got off to a very shaky start.

“In 1956 they came up with our first major order and that was for 10,800 trays of kiwifruit by this time two or three other growers had decided they would come in on the venture and give it a go.

“Unfortunately, everybody just thinks that the kiwifruit industry just mushroomed and everyone became millionaires overnight, which is quite contrary to what actually did happen.”

“Two years in a row we lost the whole lot, I well remember that because we were right on the bread and butter line.”

Discouraged many growers pulled out of the market, but McLoughlin persevered.

“In 1959 Peter’s father was the first to send trays of kiwifruit to the US but this was at the height of the Cold War and something called a Chinese Gooseberry was a bit of a marketing nightmare in the US.

“And also anything called a berry was subject to high import tariffs in the US so this is where we got the name change. Jack Turner of Turner and Growers Fame is credited with coming up with the name kiwifruit,” Johnston says.

Suddenly many Te Puke growers found themselves rather wealthy.

“There are stories that may be apocryphal or urban legends of families going out and buying multiple new cars for every member of the family and building these grand mansions among the kiwifruit vines.”

By 1985 there were apparently more than 50 millionaires within a 1.5 km radius in Te Puke.

That brought with it social tensions a Te Puke local told Spectrum in 1982.

“They went through a lot of very, very good times one would anticipate what he was going to get for his tray of kiwifruit and it ended up a lot more and there are not many industries like that today, that you got more than you bargained for and there was extravagance and there was a lot of money spent on boats and flash cars etc.

“It changed a lot of the people too … the plumb in the mouth became quite prevalent among some and we used to look back and laugh at some people who we knew very well whose whole attitude and whole image changed overnight.”

There was a lot of money sloshing around during the kiwifruit boom years, but at the other end of the scale you had people like the contract pickers and the packers who continued to earn pretty low wages but still had to live in this suddenly increasingly wealthy community, Johnston says.

And that disparity made for some social problems. In 1982 Insight reported on a mini crime wave in Te Puke

Ron Burgess the local PC said a rift had emerged in the town.

“There are wealthy people around the area now and there are of course people who are not so wealthy and would now find it impossible to get themselves into the kiwifruit business in the way of property and there certainly has become a rift between the two.”

But the boom years did not last, there were sales slumps and people who over invested in the '70s and '80s found themselves in financial trouble. Some orchardists walked off their properties because they had debts they couldn’t service

Also places like Italy and Chile were eating into our international market share using Kiwi know-how to develop their own industries.

By the 1990s New Zealand had got smarter and developed a new golden kiwifruit variety called hort 16a – that would become Kiwi Gold and Zespri launched the new product country by country under trademark.