A South Canterbury farmer has become the first person in the world to win 100 blade-shearing finals. 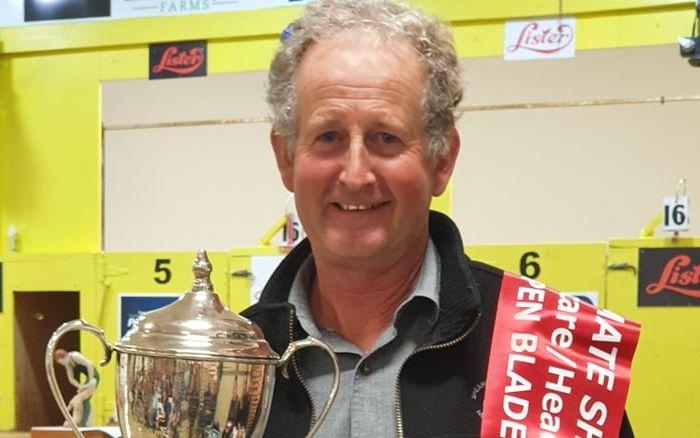 Tony Dobbs won the open blades title at the Waimate Shears Spring Championships last night, a competition he first competed at in 1979.

Dobbs won the title by shearing four sheep in 14 minutes and 48 seconds.

He beat the reigning individual world champion Allan Oldfield, who is also from South Canterbury.

In 1985 he had the first of his now 13 wins in the Open event - two more than the championships' next most successful competitor, Sir David Fagan, who was among the audience in Waimate.

Dobbs, who farms near Fairlie, said he had barely shorn any sheep with the blade since he won his last title in France last year.

He expressed doubts that he had had anything like the right sort of preparation to win the first event of the season.

"Normally I'd try to find half a dozen sheep around the property that I could shear but with the weather conditions we've had the last five to six weeks I haven't had the chance to."

In true New Zealand style Dobbs was humble about his win.

"I never go expecting to win, I knew I was in with a good chance I just needed to keep a cool head.

"I had age, health issues and a lack of fitness against me and the fact that I'm not in the industry any more, I haven't commercially sheared since 1990," he said.

"I still compete for the love of the sport - you get an adrenaline buzz when you get into a final.

"I didn't start out trying to win a 100 titles but when I got close to it, I thought 100 would always stick in my mind if I never made it."

Dobbs said he will not be the only person to reach the milestone.

"There's a lot of talented people out there so I'm sure it won't be long before someone comes along and knocks me off the top spot.

"Getting to 100 last night was like a batsman getting his first century it's a great feeling and the crowd gave me a standing ovation which was nice."

Dobbs said the community and friendships he has found around the sport is what keeps him motivated.

With a time of 15 minutes 18 seconds for 16 sheep, Kirkpatrick was the third to finish but had the best quality sheers overall to win by 2.3265 points. 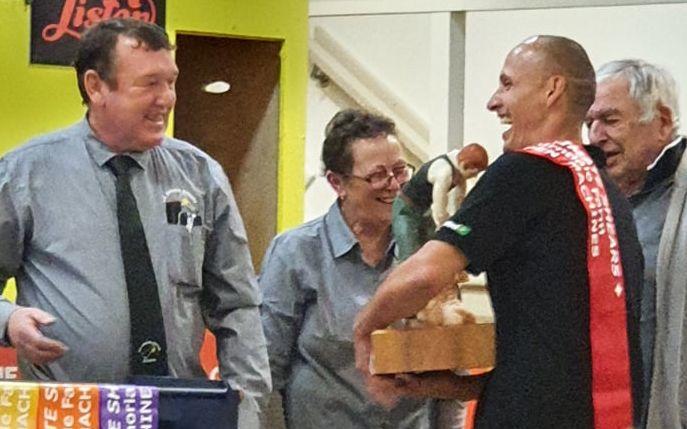 A particular feature of the two-day championships, which attracted about 170 shearers and woolhandlers was an all-women, six-shearers Novice shearing final, the first in New Zealand other than events run specifically for women. It was won by Emma Martin, of Gore.