New Zealand competitors have taken out three of the six titles at the 18th World Shearing and Woolhandling Championships in France. 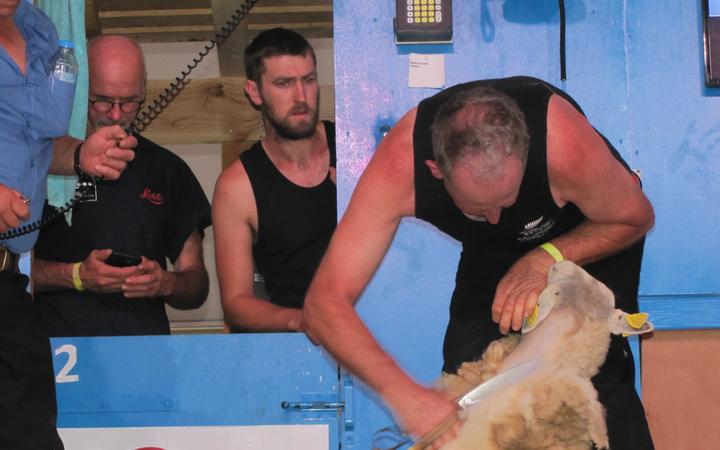 The competition ran from Monday to Sunday evening and brought together 300 shearers and woolhandlers from 35 countries.

"We were probably contending in 40 odd degrees on the [shearing] board - it's extremely hot over here - and the competition would have been just as hot.

"I said to my team mate Allan 'we're going to walk off this board with nothing left in the tank, that's the only way we're gonna get this'. And that's what we did."

"This is a sport a sport where each time the standard increases, [but] New Zealand has really led the way, so in the past anyone that really thinks they're a world championship contender... will probably do some shearing or wool handling in New Zealand along the way," he said.

Mr Laing said well over 5000 people crammed in to the steel-framed marquee stadium on the final day of the championships in the town of Le Dorat.

Scotland will host the next championships in Edinburgh in 2022.