The participation of women in shearing competitions has been recognised at the Marlborough A&P Show over the weekend. 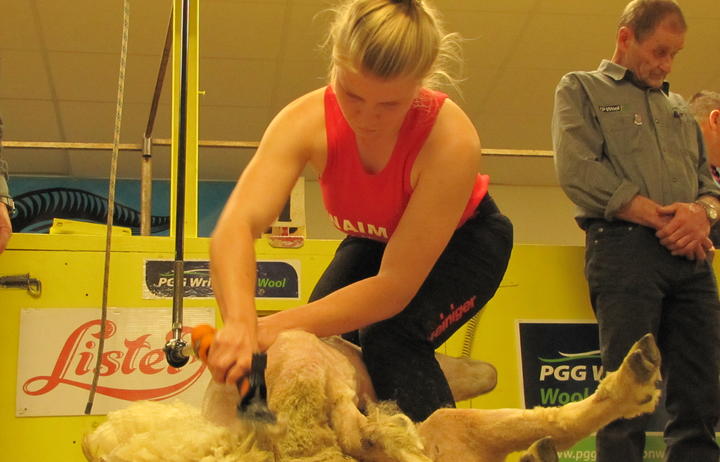 Mr Laing said there were 18 shearers across the five grades at the event, including four female shearers who have become regular competitors and all were from the Nelson-Marlborough region.

The winner of the inaugural women's shearing event was Alice Watson of Blenheim, who beat senior shearer and contractor Sarah Higgins by almost three points.

Ms Watson was also the winner of the junior title.

"She's stepped-up the tempo this season ... with Saturday's [event] being her fifth junior final in five weekends, which also included being runner-up in the Waimate Spring Shears' first women's event, a handicap final in which competitors' sheep numbers depended on their grade," Mr Laing said.

Mr Laing said despite the smaller number of entries generally, there was a reasonable open competition field on a day when two other shearing competitions were also being held throughout the country.