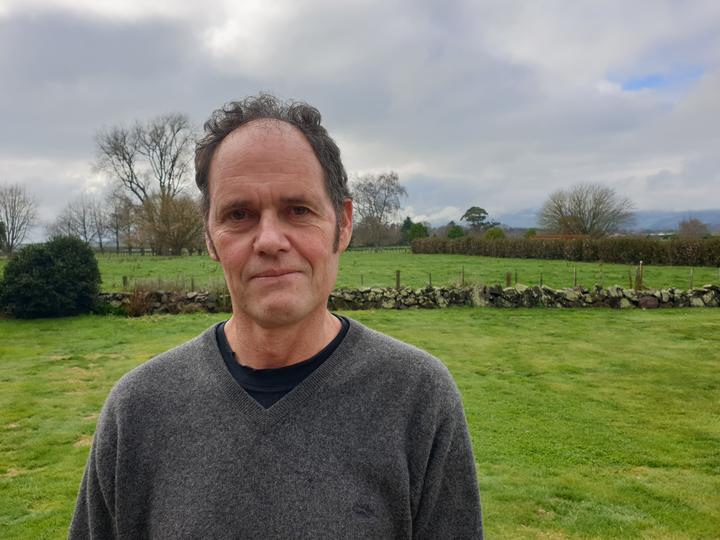 Angus Robson believes the Ministry for Primary Industries is under-resourced and vets do not always report suspicions of bad farming practices that affect animals.

Robson last year campaigned on the pitfalls of winter grazing, where cattle are strip fed and are often left standing in mud.

He said MPI does not have enough inspectors to carry out surveillance and relies heavily on animal welfare problems being reported to it.

He said rural vets are often compromised and turn a blind-eye to some of the things they may see on a farm because it could affect their business.

''If you call in an animal welfare problem immediately people are going to know it was the vet that did it and that vet won't get any more business.''

Angus Robson said while vets do their best, particularly with their own clients, wider concerns are mainly ignored, as the figures suggest.

''I've OIA (Official Information Act) for several things, tail breaking, six reports by vets over three years, over a total of 450,000 broken tails. About six reports of cows in mud for over that three year period, probably close to a million cows in mud, where they are suffering from the mud. It's just not going to happen from vets.''

''I believe that the right things for vets to do is to actually step away from the animal welfare sphere and acknowledge they are too conflicted to be a central part of animal welfare in general terms.''

MPI said it normally received between 500 and 700 complaints from the public each year and between 25 and 30 from vets, which were often about the more serious problems facing farm animals.

Its Chief Veterinary Officer, Helen Beattie, said vets have options and it does not always have to include laying a complaint with MPI when they come across a suspected case of ill-treatment on a farm.

''There's a facility in there (Code of Conduct) to work through suspected offences, assuming they are not on the very serious end, with a view to resolving those and when there is a satisfactory amount of progress being made that is actually outline in our Code of Conduct as an acceptable way to manage some of those concerns.''

She said being reluctant to report issues to MPI would go for anyone who has a commercial interest in a farm or in a rural community irrespective of who they are.

''The difference is there is an expectation on veterinarians because we have a Code of Professional Conduct and some of those are laid out in there.''

The wording in the code said that where there is a breach, vets must report it.

''The expectation is pretty clear in the code and the other facilities as well, the working with and achieving appropriate progress onwards a suitable outcome, but that is not for the serious level of offending, we need to be clear about that,'' she said.

MPI's Director Compliance, Gary Orr said it was a possibility some vets might feel compromised, but they played a vital role and MPI relied on them.

''We are not technical experts when it comes to animal well-being. We are the law-enforcement side of it and when we require technical advice we will contract a vet to come and give us that specialist technical advice.''

He believes the vast majority of vets have the welfare of animals at heart.

''Whether they take that to the extent of reporting a farmer to the regulator or working with that farmer to ensure the animals are brought back into good health.''

''Our folk are out there around the country in the normal course of events and they are always scanning as they drive through rural areas to see what condition the animals are in and they can trigger a random inspection as a consequence of what they can see.''

The past chair of the National Animal Welfare Advisory Committee, Dr John Hellstrom said any reluctance by vets to report breaches is more about living in a small community than for commercial reasons.

''They close on themselves and they don't really want to have that sort of scrutiny. So I think it is a real problem (and) I think relying on the community to report on themselves is just not going to be a serious option.''

Hellstrom said a lot of judgements made about animal welfare were somewhat subjective.

''Vets are better placed than most to speak on behalf of the animals, so if you know as a veterinarian that there are some dodgy animal welfare practices going on and you have tried to intervene unsuccessfully, well then you are really obliged to report it.''

Hellstrom said he passionately believes that the focus on farms for per hectare production versus per animal production had been one of the key things that had driven poor animal welfare.

''We are moving away from that a little, but we still have a long way to go there.''

Angus Robson said MPI needed to be better resourced than the 27 inspectors involved full time on animal welfare it has across the county.

''One hunderd would probably solve all production animal issues.''

MPI's Gary Orr said other staff also looked out for animals in distress and while its coverage was pretty good, it would never be able to cover every rural property.

Angus Robson said that if nobody says anything, then nothing gets said.

''We become accustomed to walking past things which have crept upon us and then suddenly you look at it through another set of eyes.''

He said it was very important to acknowledge that these animals are sentient and able to perceive or feel things.

''Many of the things they suffer from you could literally switch places with they and say 'well if I don't like that, why would they'.''